Three people were killed and 17 others injured in a blast in Khwaja Moinuddin Chishti’s dargah in Ajmer on October 11. 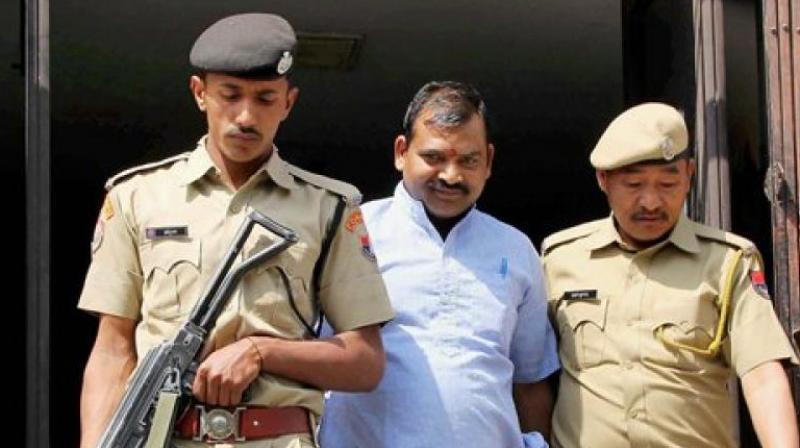 Jaipur: A special NIA court in Jaipur has awarded life sentence to Devendra Gupta and Bhavesh in the Ajmer Dargah blast case.

They were convicted under Sections 120 (B) (criminal conspiracy), 295-A (deliberate and malicious acts, intended to outrage religious feelings of any class by insulting its religion or religious beliefs) of IPC, 3 / 4 of Explosive Substances Act and Sections 16 and 18 of Unlawful Activities (Prevention) Act (UAPA).

Three people were killed and 17 others injured in a blast in Khwaja Moinuddin Chishti’s dargah in Ajmer on October 11. On March 8, the court had convicted Hindu right-wing activists Devendra Gupta and Bhavesh Patel along with Sunil Joshi, but reserved the judgement on quantum of sentence. On Wednesday, they were given life sentence together with collective fine of `38,000.

The court found them guilty of involvement in terrorist activities and provoking religious sentiments. Bhavesh was declared guilty of planting bomb while Gupta was pronounced guilty of criminal conspiracy and planning the blast. The court said that Gupta was active in the blast conspiracy and to ensure the blast provided mobile SIM that acts as time device.

The third convict in this case, Sunil Joshi, is already dead. He was shot dead on December 29, 2007, when he was walking back to his hideout in Dewas, Madhya Pradesh. The NIA court had acquitted key accused Swami Aseemanand and six others whereas three  have been declared absconding.

Meanwhile, the court has asked the NIA director-general to submit a final report by March 28 because it found that the earlier report against Sadhvi Pragya Singh, RSS leader Indresh Kumar, Samander, Jayanti Bhai and two other accused Ramesh Gohil and Amit was not as per law.