India   All India  23 Mar 2017  BJP flag hoisted in school to celebrate UP win
India, All India

BJP flag hoisted in school to celebrate UP win

The incident took place at Dak Haripur Kanya Madhya Vidyalaya in Forebesganj on March 18. Election results were announced on March 11. 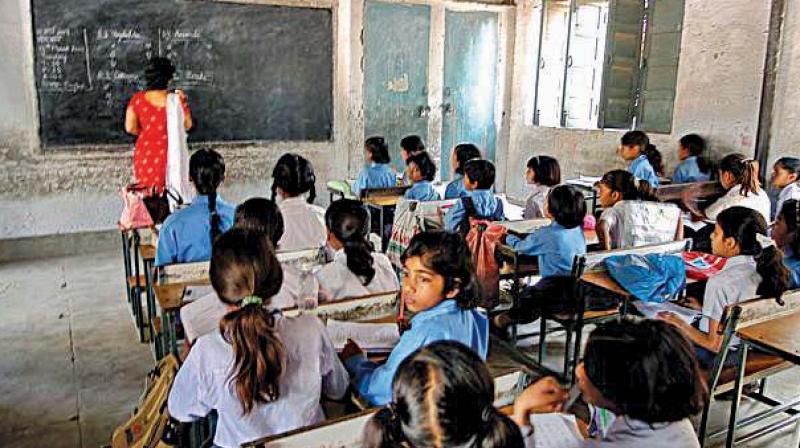 Araria: A probe has been ordered into hoisting of a BJP flag by a group of party workers at a government school Araria district of Bihar to celebrate the party's win in Uttar Pradesh Assembly election.

The incident took place at Dak Haripur Kanya Madhya Vidyalaya in Forebesganj on March 18, while results of UP election were announced on March 11.

When students and teachers were leaving the school on March 18, some BJP workers barged into the campus and hoisted the party's flag there to celebrate the party's victory in UP, the school's headmaster told District Education Officer Faizul Rahman.

Headmaster Jagdish Mehta said he tried to stop them but they outnumbered the staff and hoisted the flag, Rahman said on Thursday.

Action would be initiated based on the probe report, Rahman said.

Araria district BJP president Babban Singh expressed regret over the incident and said it was caused by over-excitement of some local party workers.

Those party workers did not find a suitable place to hoist the party flag to celebrate the win and did it in the school, Singh said.

Sub-Divisional Police Officer Ajit Singh said that the matter was related to Education department and if the police were approached, it would investigate the incident.

The school is located around 35 km from Araria district headquarter.