India   All India  23 Feb 2022  No curbs on hijab in campus, only in class, says Karnataka advocate-general
India, All India

No curbs on hijab in campus, only in class, says Karnataka advocate-general

The prohibitory orders around Bengaluru’s educational institutions has, meanwhile, been extended till March 8 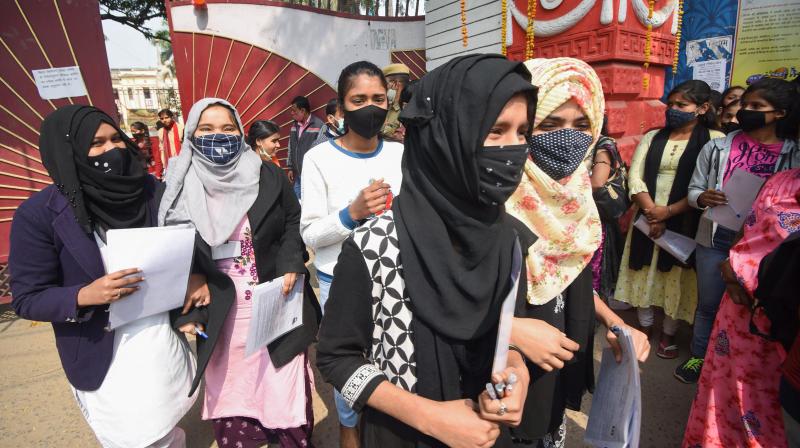 As the hijab row hearing entered the eighth day Tuesday, the students sought interim relief. The high court, refusing to grant such relief, asked the advocates to wind up arguments within this week.

The prohibitory orders around Bengaluru’s educational institutions has, meanwhile, been extended till March 8.

Advocate-general Prabhuling Navadgi argued Tuesday: “There is no discrimination based on religion. As far as private unaided minority institutions are concerned, we are not interfering with the uniform code and have left it to them to decide… A large number of petitioners who represent women’s organisations… I want to tell them that the dignity of women must be kept in mind.”

The A-G told the three-member bench of Chief Justice Ritu Raj Awasthi, and Justices Krishna S. Dixit and J.M. Khazi, that the petitioners haven’t shown that wearing the hijab was an essential Islamic religious practice, so the protection under Article 25 wasn’t available to them.