During the meeting, the ongoing vaccination drive and the steps needed to check the further spread of the virus were discussed 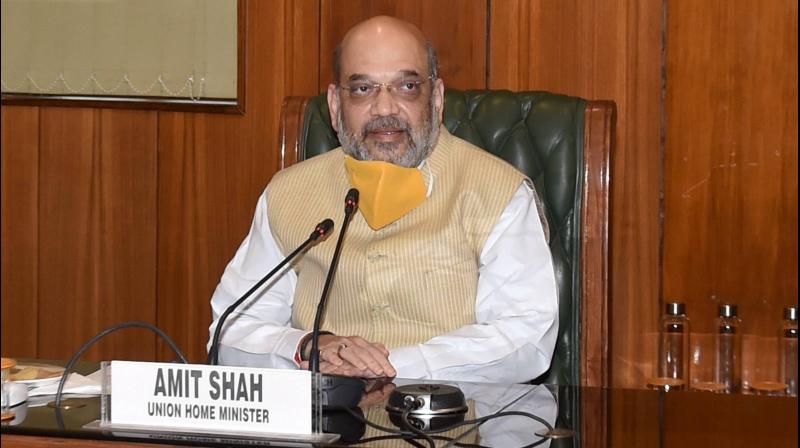 The ongoing vaccination drive and the steps needed to check the further spread of the virus were discussed. — PTI

New Delhi: Union home minister Amit Shah held a meeting on Monday with senior officials of the home and health ministries, along with health minister Harsh Vardhan, to review the Covid-19 situation across India in the wake of a sudden spike in cases in some states. India reported its steepest one-day hike in active Covid-19 cases since end-November on Monday. This rise is due to a high number of daily cases in five states -- Maharashtra, Kerala, Punjab, Chhattisgarh and Madhya Pradesh.

Maharashtra continues to report the highest daily new cases at 6,971, followed by Kerala (4,070), while Tamil Nadu reported 452 new cases. In fact, 86.3 per cent of new cases are from these five states. On Monday, 14,199 new cases and 83 deaths were reported nationwide. The active cases have increased by 4,421 in the last 24 hours.

During the meeting, the ongoing vaccination drive and the steps needed to check the further spread of the virus were discussed.

The possible assistance to be given to the affected states also came up at the meeting, senior officials said.

Haryana has announced the reopening of schools for Classes 3-5 from Wednesday while students in Classes 6-8 will start going to school from March 1. Uttar Pradesh too announced schools will reopen from March 1, but parents are still uncomfortable with letting children attend physical classes.

Around 1,100 people travelled between Banihal and Baramulla railway stations as train services resumed in Kashmir after being suspended for around 11 months due to the Covid-19 pandemic. Two trains chugged on the rail tracks in Kashmir as the railway authorities resumed the services partially. The Indian Railways is increasing the number of train services in a graded manner. Already, over 65 per cent trains are running. Over 250-plus trains were added in January and more will be added gradually, a railway ministry spokesman said.

In Delhi, public buses and Metro trains will run at their current limited capacities for at least two more weeks. The Delhi Disaster Management Authority on Monday decided to maintain the status quo on the number of passengers, sources said. Last week, the Delhi transport department sent a proposal to the DDMA to allow people to travel standing in buses.

DTC and cluster buses are now plying with full seating capacity, but at present passengers are not allowed to travel standing. In Metro trains, commuters can sit on alternate seats, leaving a seat in between vacant. Also, standing riders must maintain a stipulated distance between them, thus further reducing the carrying capacity of such coaches.