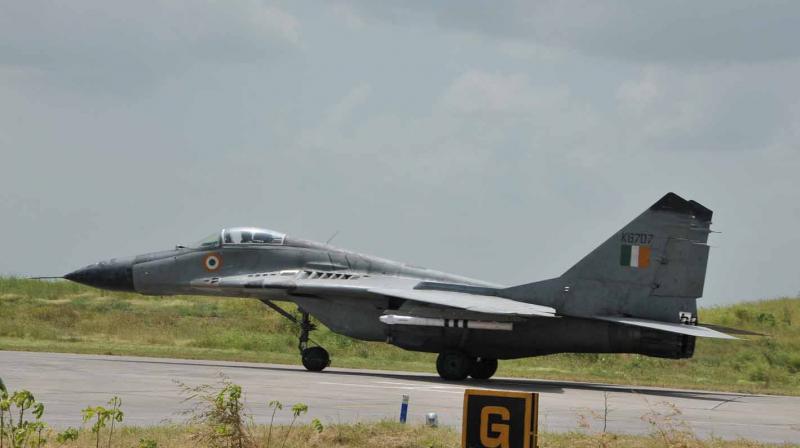 Panaji: A MiG-29K aircraft of the Indian Navy crashed in the Arabian Sea off Goa coast this morning, the Navy said.

The pilot ejected safely, a Navy spokesman said, adding that an inquiry has been ordered into the incident.

The aircraft was on a routine training sortie when it crashed off the Goa coast around 10.30 am, he said.

"The pilot of the aircraft ejected safely and has been recovered. An enquiry to investigate the incident has been ordered," the spokesman said in a tweet.

The aircraft had flown from the INS Hansa base at Vasco in Goa.