The PMs held talks, exploring ways to boost ties in several key areas, including trade and energy, education among others. 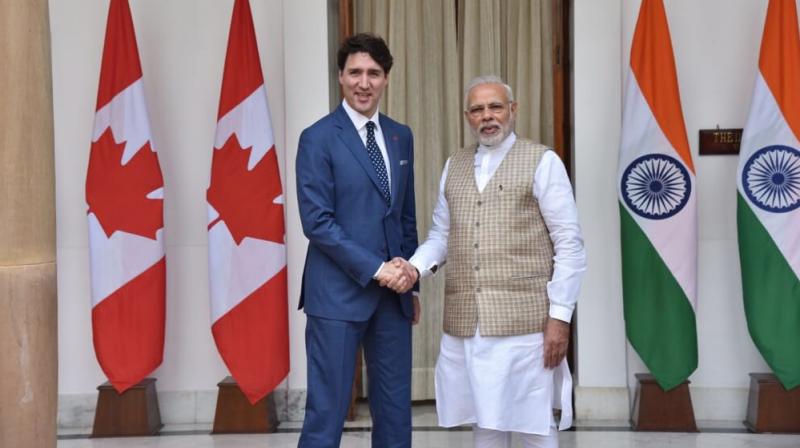 New Delhi: In a veiled message to his Canadian counterpart Justin Trudeau on extremism, Prime Minister Narendra Modi on Friday said that India will not tolerate anyone who challenges unity and integrity of the country.

Modi said that there should be no space for those who misuse religion for political motives and promote separatism.

Modi's remark assumes significance in the light of the Trudeau government's soft stance on Sikhs who demand Khalistan.

On Thursday, Khalistani terrorist Jaspal Atwal was reported to have been invited by Canadian High Commissioner Nadir Patel for a dinner in Delhi.

PM Modi and his Canadian Trudeau on Friday inked six pacts and witnessed the exchange of MoUs between India and Canada.

The two prime ministers discussed many issues including defence operation, terrorism and extremism.

Addressing a joint press meeting, Modi said the two countries renewed MoU on higher education which will enhance the exchange of Indian students to Canada.

"We share not only rich a history but a set of values that encourage a natural friendship between our two countries," he further said.

Trudeau said India is a natural partner and a trusted friend for commercial cooperation as Canada looks to diversify its own economy and looks for new opportunities to do business beyond its boundaries. 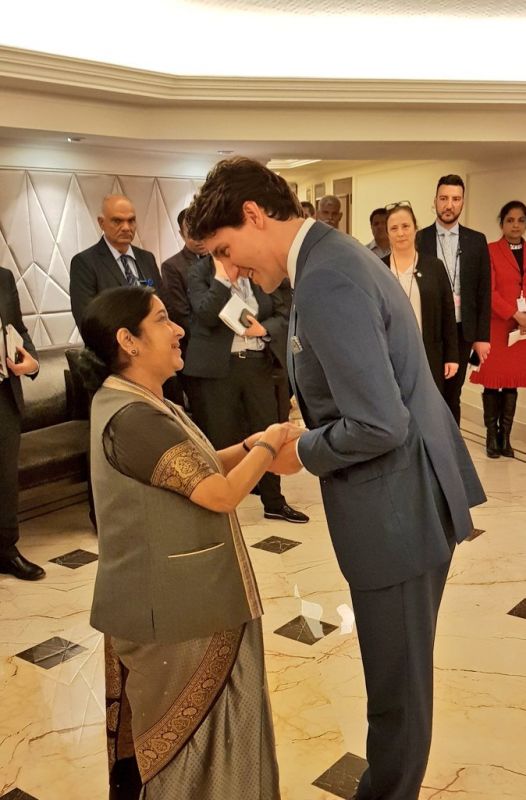 "Picture speaks for itself! EAM Sushma Swaraj had a warm meeting with the Prime Minister of Canada Justin Trudeau and discussed ways to strengthen and deepen our partnership," Ministry of External Affairs (MEA) spokesperson Raveesh Kumar tweeted and posted a picture of the two leaders.

Five days after landing in India, Prime Minister Narendra Modi on Friday welcomed his Canadian counterpart with a huge hug and also greeted his wife and three children. Trudeau was also given a ceremonial reception at Rashtrapati Bhawan. 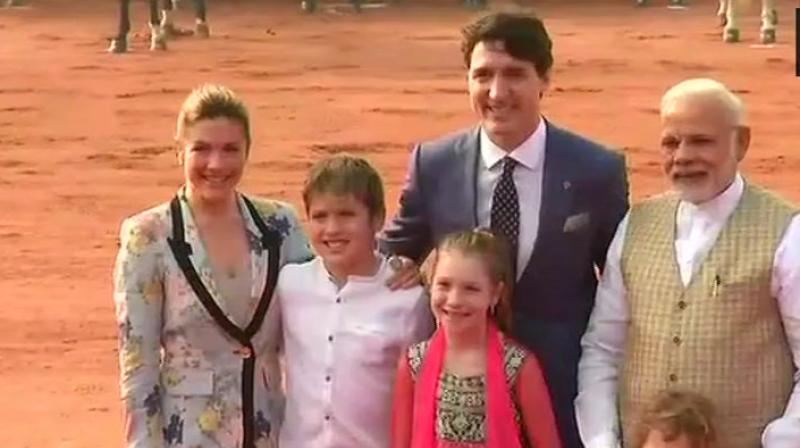 Trudeau is expected to address a conference of young change-makers on Saturday.

The ties between India and Canada have been on an upswing. Approximately 1.4 million Canadians are of Indian heritage and India is Canada's second largest source of immigrants.