Sources said that Atwal’s name had been removed from the blacklist by the Union home ministry. 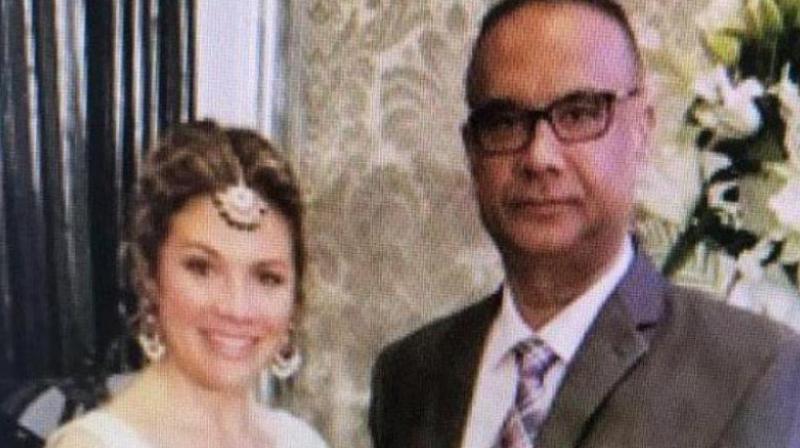 New Delhi: Canadian Prime Minister Justin Trudeau’s India visit plunged into yet another controversy on Thursday over a dinner invitation to convicted a Khalistani terrorist, Jaspal Singh Atwal, by the Canadian high commissioner to India.

Though the Canadian high commission swiftly withdrew the invitation, the episode has embarrassed both the Canadian and Indian governments as it raises questions about how Mr Atwal, a Canadian national, managed to get an Indian visa and on the guest list for a dinner reception being hosted for Mr Trudeau in New Delhi on Thursday.

While the Canadian high commission said it has “rescinded Mr Atwal’s invitation,” and refused to comment on the matter further as it concerns “the PM’s security,” India’s external affairs ministry said it is trying to “ascertain” how the pro-Khalistan terrorist had entered India.

Mr Atwal, a Sikh separatist active in the banned International Sikh Youth Federation, was convicted for trying to kill the then Punjab minister Malkiat Singh Sidhu in Vancouver in 1986.

A judge called it “an act of terrorism” and sentenced Mr Atwal and three others to 20 years in prison. Sources said that Mr Atwal’s name had been removed from the blacklist by the Union home ministry.

Reacting to the controversy, Mr Trudeau told reporters, “Obviously we take this situation extremely seriously. The individual in question never should have received an invitation and, as soon as we found out, we rescinded the invitation immediately... The member of Parliament who included this individual has, and will, assume full responsibility for his actions.”

The Canadian PMO also said in a statement that Mr Atwal was not part of Mr Trudeau’s official delegation.

When asked how Mr Atwal got a visa, external affairs ministry spokesperson Raveesh Kumar said the government is “ascertaining” the details. “We are checking to see how it happened... We are trying to find out how he managed to come in (into India)... whether it was through an OCI card or e-visa,” he said.

When asked whether action could be taken now against Mr Atwal, Mr Kumar said law enforcement agencies would have to be consulted on this. He described the Canadian high commission’s earlier invitation to Mr Atwal as an “oversight”.

The invite cancellation comes at a time when Mr Trudeau’s alleged pro-Khalistan approach is being criticised by many in India, including Punjab chief minister Amarinder Singh, who raised the issue with the Canadian PM during a meeting. On his part, Mr Trudeau assured Mr Singh that his country does not support separatism in India or elsewhere.

Top Indian government sources told this newspaper that Mr Atwal — who was originally on an Indian government blacklist for his terror activities — had been removed from the blacklist by the Union home ministry as part of an “outreach” to moderate elements in the pro-Khalistan lobby overseas who were seen to have given up their radical activities.

Review of the blacklist is always done in consultation with the Punjab government and central security agencies. And after the government removes names from the blacklist, they can move freely around the world and even return to India.

Reacting to the controversy, Mr Atwal told Canada’s Postmedia that he did not plan to attend the dinner as he was in Mumbai on business, the Vancouver Sun reported. He also said it was unfair to raise his criminal conviction for shooting a visiting Punjabi Cabinet minister in Vancouver in 1986 given how long ago the crime occurred.