Butchers and bootleggers voted against BJP: Guj min in assembly

In keenly-fought elections held in Dec 2017, BJP managed to retain power for 6th straight term though its tally fell from 115 to 99 seats. 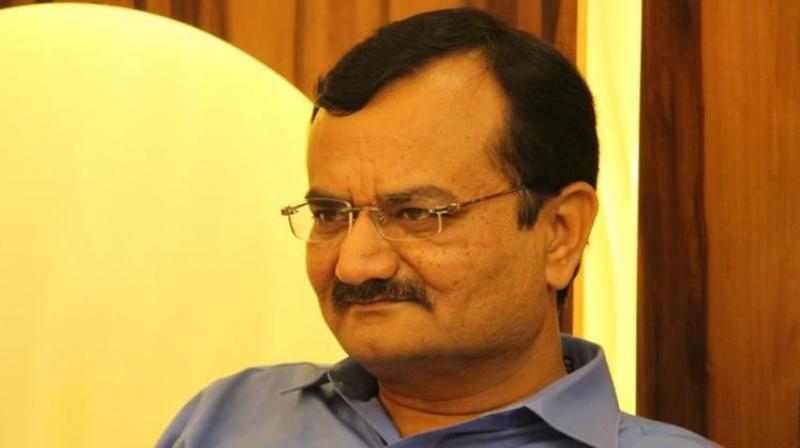 “I tell you who did not vote for us. It was those butchers who were angry against us for introducing a tough anti-cow slaughter law. It was bootleggers who were angry because the BJP government has introduced a tough prohibition law,” Jadeja told the assembly. (Photo: Facebook)

Gandhinagar: The BJP tally in the recent Gujarat Assembly polls was restricted to 99 seats because butchers, bootleggers and those opposing the proposed triple talaq bill didn’t vote for the saffron party, minister of state for home Pradeepsinh Jadeja said on Thursday.

In the keenly-fought elections held in December 2017, the BJP managed to retain power for a sixth straight term though its tally fell from 115 to 99 seats. The Congress won 77 seats in the 182-member House, up by 19 seats from 2012.

“I tell you who did not vote for us. It was those butchers who were angry against us for introducing a tough anti-cow slaughter law. It was bootleggers who were angry because the BJP government has introduced a tough prohibition law,” Jadeja told the assembly.

He was speaking on the motion of thanks to Governor OP Kohli’s February 19 address to the House on the first day of the Budget session when the topic veered towards the BJP’s poll performance following a dig by the Congress.

“Many school owners were unhappy because we brought a law to cap their fees. Those who were angry with the BJP government at the Centre for introducing a bill to protect Muslim women against triple talaq also did not give us votes. But, we are not bothered about them,” the minister said.

Jadeja said the Congress won only 77 seats though its leaders tried to incite people through casteist and communal politics.

“Congress leaders used to claim ahead of the polls that the party will come to power by winning over 125 seats. However, they got only 77 seats,” he said.

In an apparent dig at Congress president Rahul Gandhi who visited temples during the campaign, Jadeja said, “Though a top Congress leader who never visited temples before visited so many temples ahead of the polls, it did not help the party to come to power in Gujarat”.

Meanwhile, Congress MLA Baldevji Thakor said, “The BJP is having a misconception that only Narendra Modi did Gujarat’s development and no other chief minister existed before him”.

Hitting back, Jadeja said it was indeed Modi who had put the state on the track of development when he was chief minister of Gujarat.

Jadeja said the BJP came to power “with the votes of rural people, youths who got employment, and women who were benefited from the policies of the government”.

Congress MLA Vikram Madam said the BJP was reduced to just 99 seats, much less than their target of 150 seats, set by the party leadership ahead of the polls.

In a veiled attack on Prime Minister Narendra Modi, he said, “Good dialogues will help a movie to become successful (but) to run a country successfully, you need to have concrete plans”.

“It was the BJP’s vision to win 150 seats. You need to do an introspection as why you were reduced to just 99. Even half of your previous Cabinet lost. If you have really done any development, then such a situation may not have arrived,” said Madam.