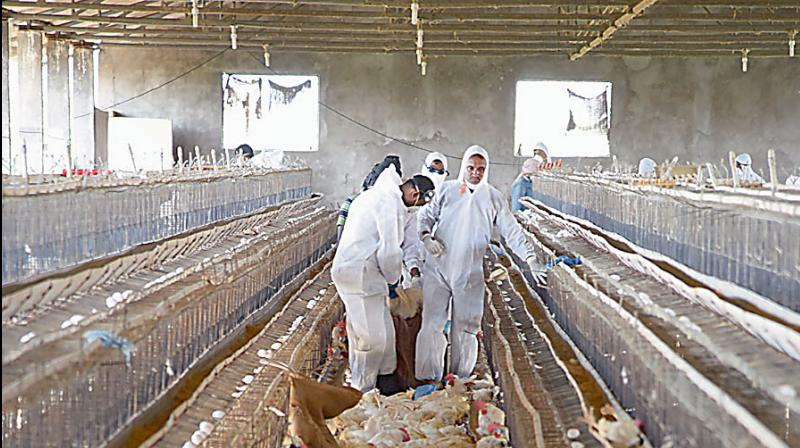 Amid cases of avian influenza reported from parts of Maharashtra, six birds, including three peacocks and two peahens, were found dead in Beed district of the state, officials said on Saturday.

The samples of these birds, which were found dead on Friday, have been sent for testing to check if they died due to avian flu, they said.

The carcasses of these birds were recovered from near Loni village located close to Balaghat mountain range in Shirur Kasar taluka of the district, an official from the animal husbandry department told PTI.

"Six birds were found dead in the hilly part near the village. Three of them were peacocks, while two were peahens. The samples of these dead birds have been sent to a laboratory in Pune for testing," he said.

When contacted, Dr Pradeep Aghav, an animal husbandry department official, who visited the spot, said that apart from the peafowls, one more wild bird was found dead there.

"The birds apparently died on Friday morning and we were informed about it in the afternoon. Shirur Kasar taluka has reported death of 21 crows since January 12. The dead crows were recovered from eight villages and one of the samples had tested positive for the avian influenza," he said.

An official from the state animal husbandry department had said on Friday that samples of birds from 16 districts in Maharashtra have tested positive for avian flu.

The first case of bird flu was reported in the state on January 8, he had said.