According to Singapore Tourism Board statistics, the nation has seen double-digit growth in the arrival of Indian tourists over the last three years. 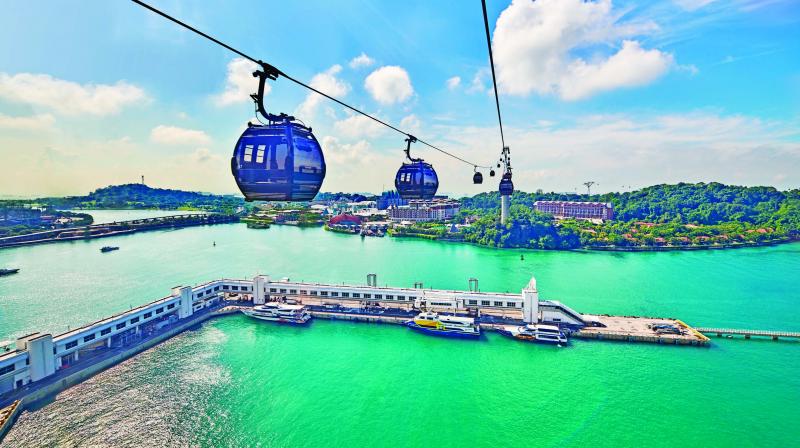 India is the third-most important tourism market for Singapore, after China and Indonesia.

Singapore: With its focus on activity-based tourism, Singapore has been able to continue to grow its tourism industry even at a time when the globe has been reeling under economic recession. And Indian tourists contribute immensely to this growth. Now tourism and leisure companies are focusing on tier-two cities to further increase the inflow of Indian tourists.

According to Singapore Tourism Board statistics, the nation has seen double-digit growth in the arrival of Indian tourists over the last three years. Interestingly, it has been the fifth year in a row that over one million Indians arrived in Singapore. India is the third-most important tourism market for Singapore, after China and Indonesia.

Speaking to this newspaper, director (sales and business development), One Faber Group (1FG) Patrick Lee said that while Singapore has been a popular destination for residents of top cities in India, there has now been an attempt to reach out to tier-two cities of the country.

“With direct flights available from several cities like Thiruvananthapuram, Hyderabad, Guwahati, Amritsar, Trichy, Kochi, Madurai, Ahmedabad and Vishakhapatnam, we are now hoping to attract more tourists from these cities to Singapore,” Lee said. He pointed out that over the past few months three new airlines have also started operations from India.

As on October 2019, over one million Indians visited Singapore.

The most popular attractions among Indian tourists include Singapore Cable Car, operated by 1FG, that offers Asia’s only cable car dining experience since 1998 and is one of the most popular tourism attractions. “Faber Peak from where the cable car is operated is known as Gateway to Sentosa... we have so many other offerings at Faber Peak like two interesting restaurants which we want tourists to enjoy,” said Lee.

Another major attraction of 1FG is the award-winning “Wings of Time” light and sound show on tourism hub of Sentosa Island. The show is a multi-sensory night show set in the open sea, which combines water, laser and pyrotechnics to create a visual extravaganza. “The show is also set to undergo a major upgrade and will showcase a more extravagant experience for the viewers,” Lee added.

A string of new fancy and luxury hotels from Singapore’s leading hospitality company Far East Hospitality like The Outpost Sentosa, The Village and The Barracks have also come up in Sentosa Island to target the tourists over the last few months. “The hotels have been established to provide an experience of Sentosa Island to anyone who is visiting Singapore... A lot many Indians tourists visit Singapore, we want them to stay in Sentosa Island and enjoy its uniqueness,” said a spokesperson for Far East Hospitality Management.