India   All India  22 Dec 2018  Aide of Kashmir's most wanted terrorist among 6 killed in Pulwama encounter
India, All India

Cordon and search operation began in the area following specific intelligence input about presence of terrorists. 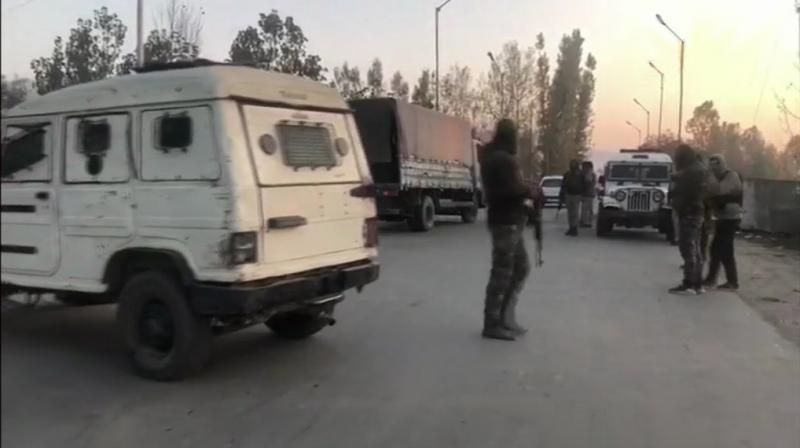 The encounter was launched in Arampora village in Awantipora area of the south Kashmir district on Saturday morning. (Representational Image | ANI)

Srinagar: Six terrorists were gunned down by security forces during an encounter in south Kashmir's Pulwama district.

An aide of Zakir Musa, one of Kashmir's most wanted terrorist, was also killed in the encounter.

According to reports, the slain terrorists belonged to Musa’s terror outfit Ansar Ghazwat-ul-Hind - a cell of Al-Qaeda operating in the Kashmir valley.

Arms and ammunition were recovered from the terrorists.

The encounter was launched in Arampora village in Awantipora area of the south Kashmir district on Saturday morning.

Security forces launched a cordon and search operation in the area following specific intelligence input about the presence of terrorists there.

As the forces were conducting searches, militants fired upon them, triggering the encounter, a police official said.