It now plans to formulate a strategy to dispel the “corruption bogey” that surrounded the UPA government during its tenure. 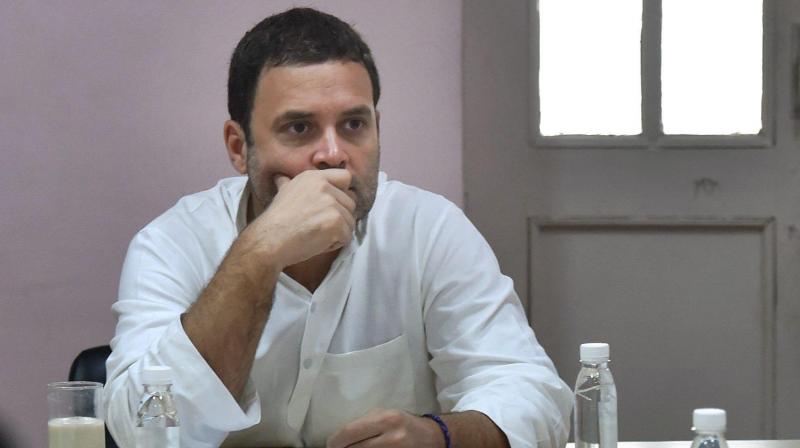 New Delhi: The Congress Working Committee (CWC), the apex decision-making body of the party, will meet on Friday. This would be the first meeting of the CWC to be chaired by newly-elected Congress president Rahul Gandhi. The apex body of the party is expected to discuss the verdict in the 2G case. The acquittal of the accused in the 2G case has come as a big boost to the party. It now plans to formulate a strategy to dispel the “corruption bogey” that surrounded the UPA government during its tenure.

On Thursday after the judgment, senior leaders and former ministers said that their stand has been vindicated. The CWC will study all the aspects to remove the taint of the 2G corruption allegation. In the 2014 Lok Sabha elections, the allegation of 2G corruption had dented the performance of the party.

Apart from this, the party will also be looking at its performance in the recently-concluded Gujarat elections. However, the Gujarat state unit is also introspecting on the reasons of its loss. Insiders claim that strategy will also be formulated for the upcoming elections to the state Assembly of Karnataka. The party feels that since it is in power in Karnataka, one of the four states left where it is in power, emphasis should be given to retain the state.

The CWC has not been reconstituted after the election of the new president. However in the days to come, there may be additions to the apex decision-making body of the party. Apart from the old guard, young leaders of the party are expected to find a place in the CWC.