The CBI had alleged that Raja had misled Singh in his letters on several key issues related to the policy of grant of 2G spectrum licences. 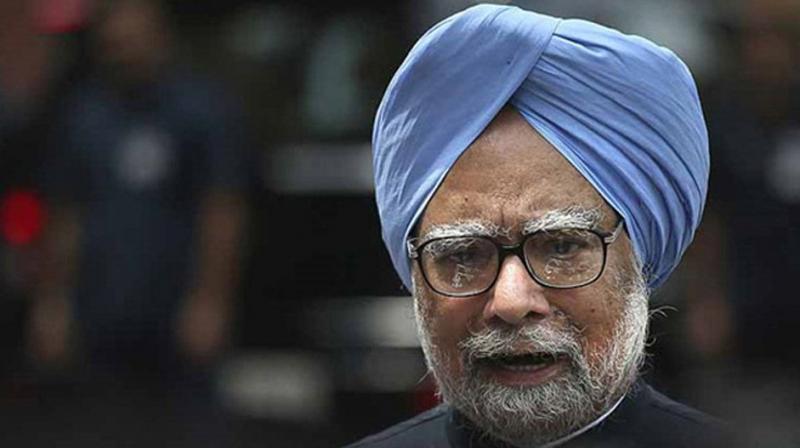 The court held that Raja "cannot be faulted" for alleged misrepresentation of facts before Singh as the complete facts were not placed before him by his own office. (Photo: PTI)

New Delhi: Senior officials at the office of then prime minister Manmohan Singh had "suppressed the most relevant and controversial part" of A Raja's letter and the then telecom minister "cannot be faulted" for misrepresenting the facts, a special court said on Thursday.

The CBI had alleged that Raja had misled Singh in his letters on several key issues related to the policy of grant of 2G spectrum licences, including first-come-first-served and the cut-off date.

"It was not A Raja, but Pulok Chatterjee, in consultation with T K A Nair, as he had suppressed the most relevant and controversial part of the letter of A Raja from the then Prime Minister," Special CBI Judge OP Saini said while acquitting all accused in three separate 2G spectrum cases.

"In the end, I do not find any merit in submission of the prosecution that the Prime Minister was either misled by A Raja or that the facts were misrepresented to him," the judge said while making a stinging remarks against the top bureaucrats.

Judge Saini said that CBI's arguments in this regard were advanced just to "prejudice" the mind of the court. "The arguments have been taken up by the prosecution just to prejudice the mind of court by invoking the high name and authority of Prime Minister of the country," he said.

The court held that Raja "cannot be faulted" for alleged misrepresentation of facts before Singh as the complete facts were not placed before him by his own office.

Referring to a note by Chatterjee, the court said it was lengthier than Raja's letter to the prime minister.

"Prime Minister is a busy executive. Wherefrom would he find time to read such lengthy notes. Prime Minister is not expected to be immersed in files. It was much easier and better for him to read and understand the letter of A Raja rather than this note of Pulok Chatterjee," it said.

Raja had written letters to Singh informing him of the decisions of the Department of Telecom (DoT) on several issues, including issuing letter of intents for new licences and processing of large number of applications in the wake of inadequate spectrum.

Referring to Chatterjee's note, the court said that it discussed only the spectrum-related issues and did not at all consider the issue of new licences, which were to be issued as per the changed criteria from the date of application to the date of payment and was also the most controversial one.

It said that it was not clear from the record whether the note was seen by the then prime minister or not.

"However, it is clear that somebody from the PMO had given a go ahead to the DoT for issue of new licences and most probably it was Pulok Chatterjee himself, as his note records that he had spoken to Secretary (T)," the court said. The special judge further said that only a partial view was placed before the then prime minister regarding spectrum related issues by the PMO.

"Accordingly, DoT issued 120 LOIs on January 10, 2008. Thus, the record shows that the facts were misrepresented to the then Prime Minister by the officials of the PMO and not by A Raja," it said.

The court also dealt with the CBI's allegations that Raja had misled Singh on the issue of opinion of the law ministry to refer the issue to the Empowered Group of Ministers (EGoM). "The action of DoT shows that the opinion of Law Minister was considered out of context after due deliberation in the DoT and the competent authority to constitute Group of Ministers, that is, Prime Minister was duly informed," it said.

The judge noted that in the absence of legally admissible evidence, the CBI was trying to prove its case merely by arguments across the bar, which was not a correct approach, as their submissions were based on conjectures and speculations alone.