Jaitley told reporters that the Congress should not treat the 2G verdict as a 'badge of honour'. 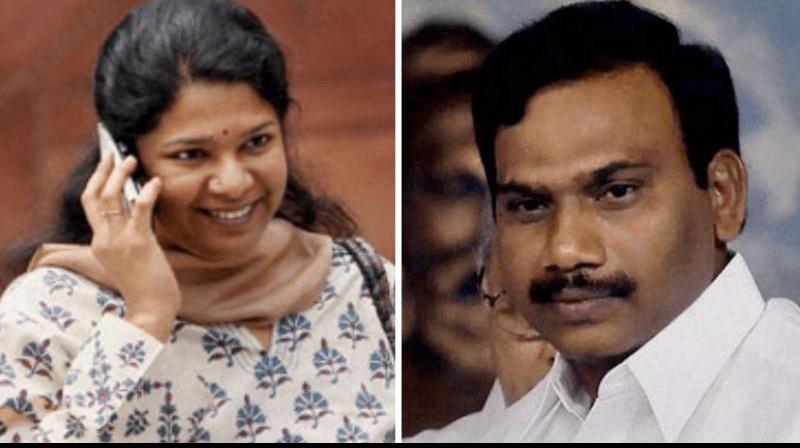 A special court on Thursday acquitted all those accused in the 2G scam case which had rocked the Manmohan Singh-led UPA-II government. (Photo: PTI | File)

New Delhi: The BJP on Thursday cited a Supreme Court verdict on 2G spectrum to assert corruption in the case and claimed that a trial court order acquitting the accused was no "clean chit" to the opposition party.

While Finance Minister Arun Jaitley cited the details of the UPA government's policy and the apex court's subsequent order in 2012 quashing all allocations to say that the facts proved corruption in the case, his colleague Prakash Javadekar claimed it was the Congress which had "choreographed" the chargesheet in the criminal matter.

The trial court in its verdict on Thursday had described the chargesheet as "choreographed".

Javadekar told reporters that the CBI had filed it in 2011 when the Congress-led UPA was in power.

"The Congress choreographed it," he said, citing a case in which then law minister Ashwani Kumar had to resign after he was accused of interfering with a CBI report into a probe in coal block allocations.

Javadekar likened the case to a murder probe, saying that if somebody was killed, the guilty had to be exposed.

Similarly, he said, corruption had taken place and the guilty had to be found.

Jaitley told reporters that the Congress should not treat the 2G verdict as a "badge of honour".

Citing the Supreme Court verdict in 2012 quashing all allocations, he said the fact that the UPA's policy was dishonest and intended to promote corruption had been upheld by the apex court.

Each allocation was quashed as arbitrary and unfair, he said, adding that the criminal case was launched on the Supreme Court's order.

"Its (Congress's) history is of corruption. Facts have proven it. Congress leaders are treating the judgement like a badge of honour and certification that the 2G spectrum allocation policy was an honest policy," Jaitley said.

He also rejected former telecom minister Kapil Sibal's "zero loss" claim in the allocation, saying it was disproved by the subsequent allocation by the BJP-led NDA government, fetching Rs 1.10 lakh crore in 2015 and Rs 66,000 crore in 2016. Sibal fired a fresh salvo at the BJP following the trial court order on Thursday.

The UPA government had fixed a price of Rs 1,734 crore per licensee, the finance minister said.

Attacking the Manmohan Singh government, Jaitley said it had given licences in 2007-08 on the basis of a price linked to 2001 and there was a "huge element of arbitrariness" in the implementation of the policy.

It was proved by the fact that they had got bank drafts prepared on back dates, he said.

Javadekar referred to the money received by the NDA government for the allocation of 2G spectrum and said it was almost equal to Rs 1.76 lakh crore, which former CAG Vinod Rai had said was the loss to the exchequer caused by the UPA policy.

Taking a dig at the Congress, he said the party was so desperate that it was seeing a win in its loss in Assembly polls and now finding vindication in the 2G case verdict.

"It is no clean chit to the Congress," he said.

The Congress was silent on coal block allocation cases in which many accused had been convicted, he said.

Had the UPA policy been clean and involved no corruption, then the court would have revived the cancelled licences, he said.

A special court on Thursday acquitted all those accused in the 2G scam case which had rocked the Manmohan Singh-led UPA-II government, holding that the prosecution "miserably failed" to prove any of the corruption and money laundering charges.