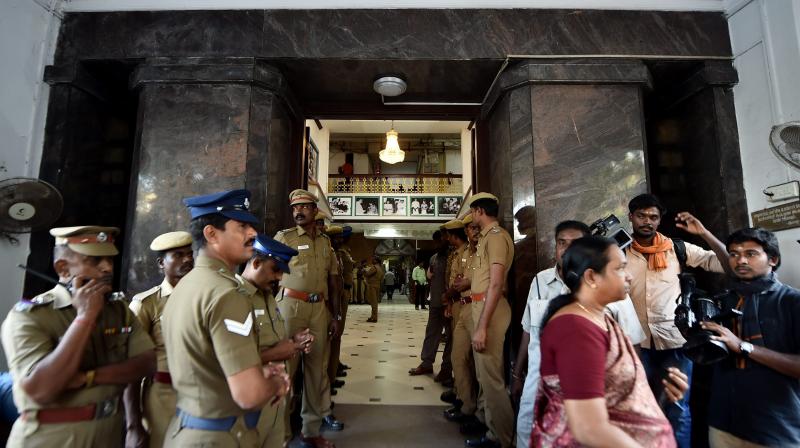 Police Personnel stands one of the main entrance of Tamil Nadu State "Secretariat" during the raid at the chamber of Chief Secretary P Ramamohana Rao, who came under the I-T scanner in Chennai. (Photo: PTI)

The fate of Mohana Rao was not immediately known. Vaidyanathan shall also hold full additional charge of the post of Vigilance Commissioner and Commissioner for Administrative Reforms, previously held by Rao, it said.

The Income Tax Department had carried out searches at over a dozen places in Tamil Nadu and Andhra Pradesh against the son and some relatives of Rao, including at the latter's Anna Nagar residence here, during which they claimed to have seized Rs 18 lakh cash and gold bars.