India   All India  22 Nov 2019  Lost in translation: Migrants or criminals?
India, All India

Lost in translation: Migrants or criminals?

Singh adds that it's high time police took action against the owners and prepare a database of labourers. 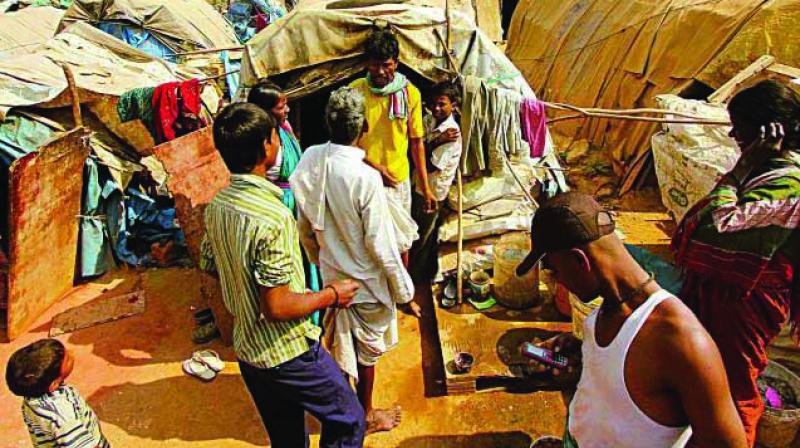 Lakhs of migrant workers enter Bengaluru every year, to cater to its booming real estate and development sectors.

The Bengaluru police has been cracking down on illegal immigrants of Bangladeshi origin. Apartment associations are willing to comply but have no way to access the antecedents of the Bengali-speaking workers they employ. Could citizen registries help deal with migrant labour in cities and the crimes associated with them, ask M.K. Ashoka and Vishaka V. Warrier

Lakhs of migrant workers enter Bengaluru every year, to cater to its booming real estate and development sectors. However, profit takes center stage in the real estate sector, so much so that few companies bother to conduct background checks on the workers they bring in for construction. Not checking antecedents poses a larger threat, especially to Bengaluru's children. The migrant workers are unidentified and nearly impossible to trace, so those inclined to criminal activity proceed with impunity.

Presently, the situation is so lacking that there is no provision or mechanism by which the police can check on migrant workers, or create a database of any kind. Presently, the police departments pitch on only when agencies approach them asking for background checks on their workers. Now, questions are rightly being raised about workers who could pose a threat to the local population, women and children in particular.

"The police department doesn't have the required data base. Many of these people come from Odisha and Nepal and if they commit a crime, they cannot be traced." BJP MLC Lehar Singh stresses the need for close monitoring as criminals now enter the city pretending to be migrant labourers, which gives them access without providing identity proof. "Caterers, especially those who operate in Palace Grounds, should be checked, as they bring unverified migrant workers to the city as cheap labour. The owners of pubs, bars and clubs also employ hundreds of undocumented labourers."

Singh adds that it's high time  police took action against the owners and prepare a database of labourers. "People have to be careful when they deal with those who say they are from Odisha, West Bengal and Bihar, as these are the states from which the majority of migrant workers hail."