Quashing allegations BD Kalla said, 'Congress has made innumerable sacrifices for 'Bharat Mata', even I can lay down my life for country.' 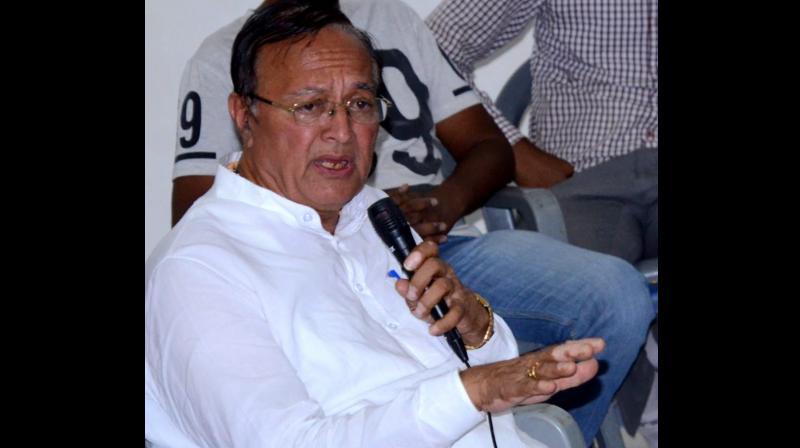 Rajasthan Congress leader BD Kalla said, 'We have worked for the country and will continue doing so in the future.' (Photo: Facebook Screengrab/ @bdkalla.bikaner)

Bikaner: Congress leader BD Kalla on Wednesday hit back at the Bharatiya Janata Party (BJP) for fabricating controversies, accusing them of promoting an edited video to make it look as if he was halting slogans of 'Bharat Mata ki Jai'.

Speaking to ANI, Kalla said, "The viral video is edited and morphed to make it seem like I was stopping those slogans. In reality, along with 'Bharat Mata ki Jai', there were 'Zindabad' slogans being raised in my name, thus creating a lot of noise. I signalled them to be quiet for a while, but they have made me look in a bad light."

Kalla's clarification comes in the wake of BJP president Amit Shah's allegations that the party was belittling 'Bharat Mata' by interrupting the slogans in favour of slogans for the Congress leadership.

Addressing a rally in Madhya Pradesh's Dewas on Monday, Shah said, "A video is doing rounds and if it is true, then a Congress candidate who was chanting 'Bharat Mata ki Jai' was asked to chant 'Sonia Gandhi Ki Jai' instead. Congress people should be ashamed."

Kalla quashed the allegations and emphasised on his and his party's patriotism, saying, "The Congress has made innumerable sacrifices for 'Bharat Mata', even I can lay down my life for the country."

Taking a potshot at the BJP, Kalla said those who did not participate in the freedom struggle are now pretending to be the only patriots in the country.

"We have worked for the country and will continue doing so in the future. As many as three generations of our families have been in prison at the same time for the country. We will chant 'Hindustan Zindabad'. All of 'Hindustan' is Bharat Mata's son, we don't even think like that," Kalla said.

The Congress leader then listed out the BJP's failures in the state, adding that the thought of their inevitable defeat in the forthcoming elections has frustrated them to an extent where they have to resort to such measures to defame the opposition.

"These people haven't done any work. The chief minister of the state has not met the people in five years. Women and SCs/STs have gone through terrible oppression, almost 16,000 schools have been shut, 150 temples have been broken, thousands of cows have died, they did nothing. I highly condemn BJP for deflecting the real issues," Kalla said.

He further expressed confidence in the Congress prevailing in the assembly elections, saying that the people are fed up with the incumbent Chief Minister Vasundhara Raje-led Rajasthan government.

The state will go to polls on December 7 to elect the 200 members of Rajasthan legislative assembly. The counting of votes will take place on December 11.