The priest had allegedly posted abusive comments against minister after BJP state general secretary was arrested by police. 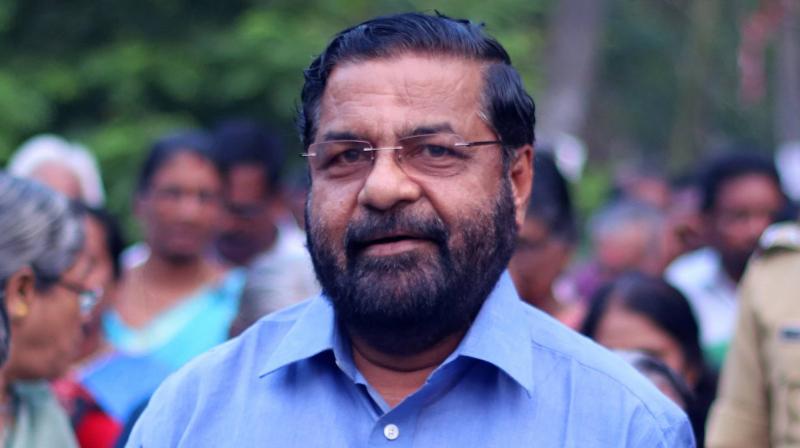 Kasaragod: A temple priest in Kerala has been suspended after he allegedly posted abusive comments on social media against Devaswom Minister Kadakampally Surerdran over the Sabarimala issue.

Action was taken against T Madhavan Namboothiri, the 'melsanthi' (chief priest) of the Madiyan Koolom Kshetra Palaka temple at Kanhangad near Kasaragod, after the objectionable comments on his Facebook page were noticed.

The temple comes under the Malabar Devaswom Board, an apex temple body which manages a number of Hindu shrines in Malabar (north Kerala) region. The decision was taken at a meeting of the Board on Wednesday and the suspension order was handed over to the priest by its executive officer P Vijayan, Board sources said.

However, the priest claimed that he is a hereditary trustee of the shrine and cannot be suspended.

The priest had allegedly posted abusive comments against the minister after BJP state general secretary K Surendran was arrested by police as he defied police orders not to go to the Lord Ayyappa shrine.

Surendran along with two others had been arrested on November 18 from Nilackal as he tried to proceed to the Lord Ayyappa Temple despite being advised by police personnel against visiting Sabarimala due to law and order issues.

However, a Pathanamthitta court on Wednesday granted conditional bail to 72 people, including Surendran, arrested in connection with the Sabarimala temple row.

The state government has clamped prohibitory orders under section 144 of the Criminal Procedure Code banning assembly of four or more people in Sabarimala and surrounding areas in view of protests by devotees over the government's decision to implement the Supreme Court verdict allowing entry of women of all ages into the hill shrine.