Courses in places like Leh, Srinagar & Port Blair were the first courses of its kind to take forward FTII’s mission of high quality courses. 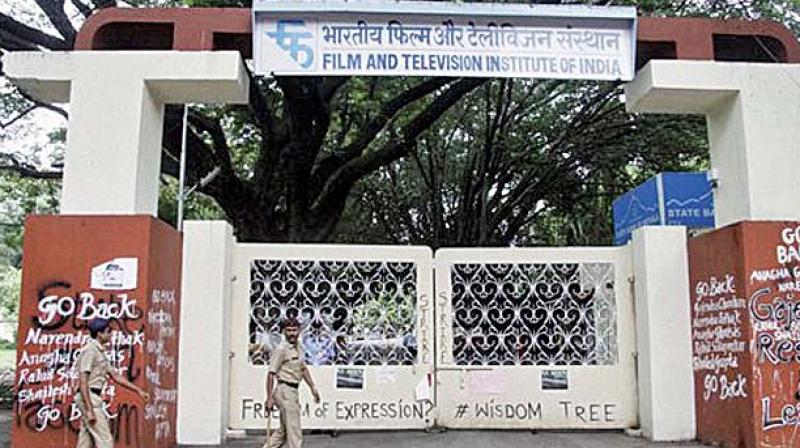 The short term courses conducted by the FTII were in fields like film appreciation, acting, screenplay writing, digital cinematography, fiction writing for television etc. I

New Delhi: Pune-based Film and Television Institute of India, which has been in the news for all the wrong reasons over the past couple of years, has silently spread its wings, training over 1,800 students in past 5 months across the country. In a first of its kind endeavour, the institute, which had till now been confined to on-campus courses at Pune, has conducted 36 short courses till October 2017 training 1,800 participants and generating a revenue of Rs 1.50 crores approximately.

Sources stated that it was the first such attempt at taking a premier institute to various parts of the country under the Skilling India in Film and Television initiative that draws inspiration from Prime Minister Narendra Modi’s Skill India programme.  Apart from Mumbai, New Delhi and Pune, SKIFT courses have been conducted in Leh, Srinagar, Hardwar, Srinagar (Uttarakhand), Guwahati, Port Blair  and Jaipur.

The short term courses conducted by the FTII were in fields like film appreciation, acting, screenplay writing, digital cinematography, fiction writing for television etc. In an effort to leverage brand FTII for conducting short-term courses to provide quality cinema literacy which is affordable and accessible, a new initiative, SKIFT  was conceptualiszed, sources said.Under SKIFT, various short courses are being conducted through-out the country in association with State Govts/ Universities/ Educational Institutes.

“It is envisaged that SKIFT will democratise cinema education and make it accessible to all. Not only this, it allowes FTII to raise its own finances which would not only help attain self sufficiency but would provide additional finances for staff, faculty & students welfare,” sources added. The FTII was plagued by controversy and months long students agitation, after BJP leader and actor Gajendra Chauhan was appointed as the chairman of the institute in June 2015. Last month Veteran actor Anupam Kher was appointed FTII chairman by the I&B ministry.