India   All India  22 Nov 2017  Civil servants roped in as 'prabhari officers' for transformation of 115 backward districts
India, All India

The prabhari officers will work towards poverty, health, education and infrastructure in a collaborative manner. 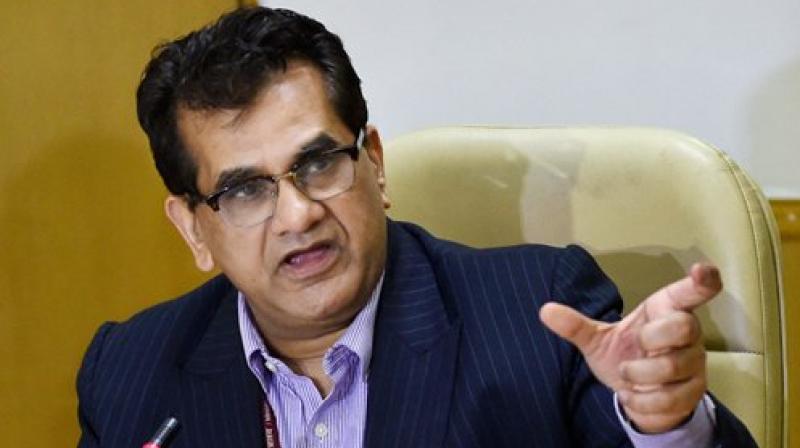 Kant wrote to chief secretaries of the states concerned to designate senior officers to act as a bridge between the Centre and the district. (Photo: File)

New Delhi: Senior IAS bureaucrats have been roped in as 'prabhari officers' for the rapid transformation of 115 backward districts across the country, says an official order issued by the personnel ministry.

The additional and joint secretary ranked officers will coordinate the efforts of the Centre and the states by addressing specific developmental needs of the districts.

The move is in consonance with Prime Minister Narendra Modi's vision of a 'New India' by 2022.

"The prabhari officers will work in a collaborative manner with the state and district teams to achieve effective convergence between various central and state government programmes. Steps are also being taken to establish a comprehensive database and an efficient feedback mechanism," states the order issued on Monday.

The 115 backward districts identified by the government include Naxal-hit Muzaffarpur, Gaya, Banka, Nawada, Jamui and Aurangabad (all in Bihar),  Koraput and Malkangiri (in Odisha), Khammam (Telangana), Gadchiroli (Maharashtra) and Visakhapatnam (Andhra Pradesh).

Besides, several districts in Jharkhand, including Paschimi Singhbhoom, Purbi Singhboom, Bokaro, Ranchi and Latehar, as well as Chhattisgarh's Bastar, Kanker, Sukma, Dantewada, Kondagaon Narayanpur and Bijapur districts have also been identified as backward.

A prabhari (in-charge) officer, has also been appointed by the Centre for Morbu district in poll-bound Gujarat, according to the order.

The areas have been ranked on the basis of status of poverty, health, education and infrastructure.

Niti Aayog CEO Amitabh Kant had last week written to the chief secretaries of the states concerned to designate senior officers to act as a bridge between the Centre and the district.

"Though the Indian economy is poised on a high growth trajectory, there are pockets of underdevelopment in the country that impose a major governance challenge. There is an urgent need to raise the level of socio-economic development of these backward areas to bring about balanced and inclusive growth in the economy," he said.

According to Kant, raising the level would also improve national performance in various human development indications.

"States are expected to be the main drivers of this programme and the role of government of India would be largely facilitative. The district magistrate will be the fulcrum of this programme, leading the transformation process from the front," he said in the letter.

Since the strategy would include setting targets for various indicators to be achieved year wise upto 2022, a district action plan would need to be prepared for each identified district spelling out the blueprint for achieving the targets, Kant said.