The missile, weighing 2.5 tonnes, is the heaviest weapon to be deployed on India's Su-30 fighter aircraft. 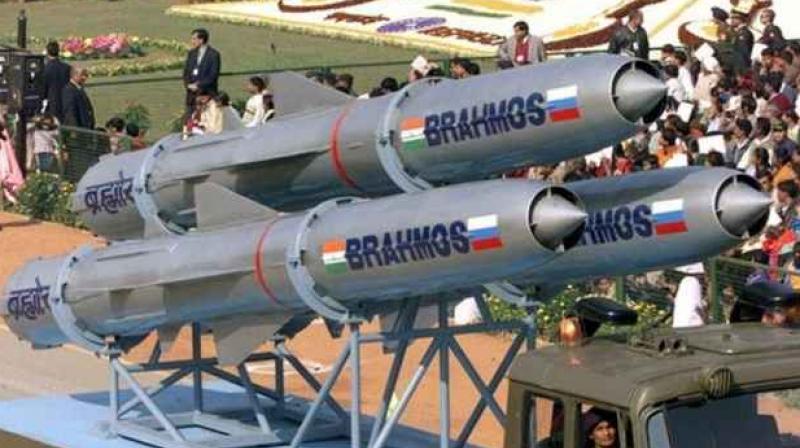 The missile hit a sea-based target in the Bay of Bengal from the combat jet. (Photo: Representational/PTI)

The armed forces are now capable of launching the BrahMos, which has a strike range of around 290 km and is described as the world's fastest supersonic cruise missile, from land, sea and air, completing the tactical cruise missile triad for the country.

The defence ministry said the missile hit a sea-based target in the Bay of Bengal from the combat jet. The land and warship versions of the missile have already been inducted into the armed forces.

"BrahMos, the world's fastest supersonic cruise missile created history on today after it was successfully flight-tested for first time from the IAF's frontline fighter aircraft Sukhoi-30MKI against a sea based target in the Bay of Bengal," the defence ministry said.

Defence Minister Nirmala Sitharaman congratulated the "Team BrahMos" and the scientists at Defence Research and Development Organisation (DRDO) for the "historic
achievement".

Giving details of the test firing, the ministry said the missile was "gravity dropped" from the Su-30 fuselage, and the two stage missile's engine fired up and straightway propelled towards the intended target at the sea.

BrahMos is a joint venture between DRDO of India and NPO Mashinostroyenia (NPOM) of Russia.

Dr S Christopher, Chairman of DRDO, congratulated the scientists and engineers for the "excellent text book kind of flight test".

The missile test was witnessed by Dr Sudhir Mishra, Director General (BrahMos), along with senior IAF officials, scientists and officials from DRDO and BrahMos.