There have been reports of a number of divorces by way of talaq-e-biddat taking place even after the apex court judgment. 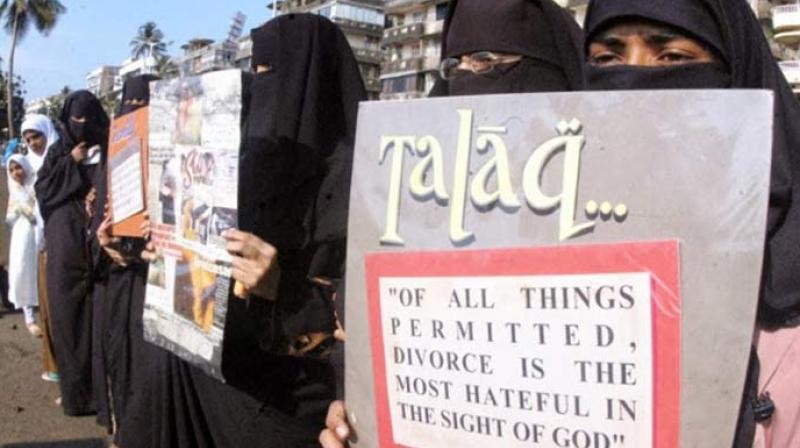 The All India Shia Personal Law Board (AISPLB) welcomed the NDA government’s decision to set up the ministerial committee to consider a legislation to end triple talaq. (Photo: PTI/Representational)

New Delhi: The BJP-led NDA government is planning to bring a legislation in the Winter Session of Parliament to put an end to instantaneous triple talaq or talaq-e-biddat, the Muslim way of divorce, still in practice despite the Supreme Court striking it down on August 23.

Sources disclosed a ministerial committee has been constituted to draft a legislation or amend existing penal provisions, which will make instantaneous triple talaq an offence.

Though no dates for the Winter Session have been announced, the government proposes to table the legislation in the session expected to begin next month.

The proposal on drafting a law against triple talaq appears to be a complete U-turn of the government’s earlier stand in which it virtually ruled out the need for a new law, indicating that existing laws, including the one dealing with domestic violence, were sufficient.

The apex court’s judgment quashing triple talaq was hailed as “historic” by Prime Minister Narendra Modi and the ruling BJP, which had been campaigning against it and terming it as an issue related to “gender equality” and “gender justice”.

Some BJP leaders likened Mr Modi to social reformer Raja Rammohan Roy, for taking up the issue for the benefit of Muslim women. The apex court’s judgment was seen as a political victory for the Modi government.

With the next Lok Sabha elections less than two years away and crucial Assembly elections lined up next year in Chhattisgarh, Karnataka, Madhya Pradesh and Rajasthan, the bill could result in the government being accused by the Opposition of trying to gain political mileage.

The triple talaq issue had figured prominently during BJP’s campaign in Uttar Pradesh where the saffron party formed a  government after 15 years.

As the law stands today, a victim of talaq-e-biddat has no option but to approach the police for redressal of her grievance, as a Muslim clergy is of no assistance to her.

There have been reports of a number of divorces by way of talaq-e-biddat taking place even after the apex court judgment.

Due to absence of punitive provisions in law, even police is helpless as no action can be taken against a man who uses triple talaq in violation of the apex court decision.

The All India Shia Personal Law Board (AISPLB) welcomed the NDA government’s decision to set up the ministerial committee to consider a legislation to end triple talaq.