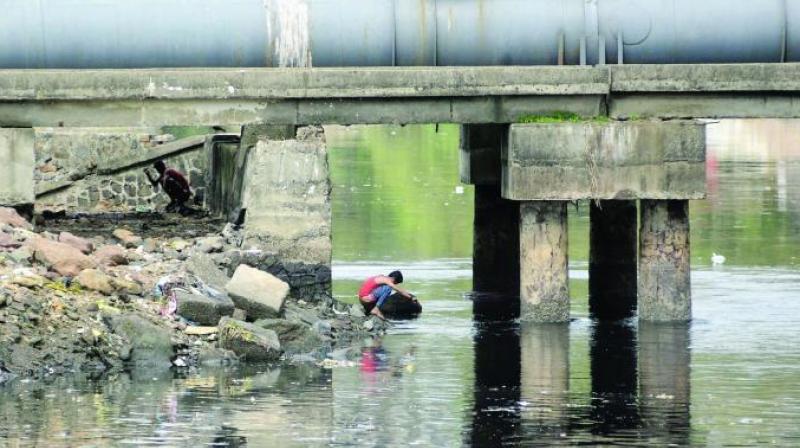 Bihar districts have asked people not to defecate in the open. (photo: Representational/File)

Patna: A controversy has arisen over directions to school teachers in certain Bihar districts to dissuade people from defecating in the open and click pictures of those who refused to pay heed.

Orders issued by block education officers asked teachers to do rounds in various wards and panchayat areas in the mornings and evenings and ask people to use toilets.

They were also directed to click photographs to shame those who insisted on relieving themselves in the open.

However, teachers were not happy with the extra load of work.

"Teachers are already overworked. They are used in a number of non-teaching works like census, preparation of voters' list etc. This new order on open defecation is not only an addition; it is also an insult to their dignity," General Secretary of Bihar Secondary Teachers' Association, Shatrughan Prasad Singh, said.

State Education Minister Krishna Nandan Prasad Verma, however, defended the move, saying "Teachers are intellectuals and can perform the task of convincing people not to defecate in the open, much better than others."

"Moreover, the teachers do not have to keep a tab on those defecating in the open throughout the day. They will have to take some time off in the mornings and the evenings. This will not affect their teaching work," he said.

Achieving open defecation free (ODF) status has become a priority in Bihar in view of the Swachch Bharat Abhiyan launched by Prime Minister Narendra Modi and Chief Minister Nitish Kumar, both of which aim at providing every household with sanitation facility.