2 terrorists have been neutralised and the currency recovered from them has been handed over to police for further probe, Army said. 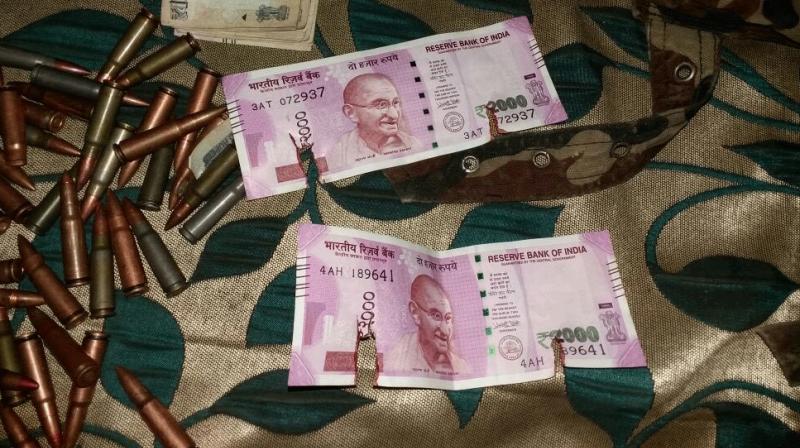 Srinagar: Two militants who were on Tuesday killed in an encounter with security forces in north Kashmir's Bandipora district, were in possession of new notes of Rs 2,000, police said.

“Two terrorists have been neutralised in Bandipora and the currency recovered from them has been handed over to police for further probe,” said Vikramjeet Singh, CO 13 RR.

Police said that they acted on specific intelligence input about presence of militants in Hajin village of Bandipora, security forces launched a search operation in the area.

A police official said as the forces were conducting the search operation, militants fired upon them leading to an encounter in which two militants have been killed.

Further details of the operation were awaited, the official said. Two weapons have been recovered from the encounter site.

"Two weapons have been recovered along with other war-like stores," the official said.

He said the identity and group affiliation of the militants was being ascertained.