Rijiju claimed that many separatists in J&K have a nexus with militant leaders based in Pakistan. 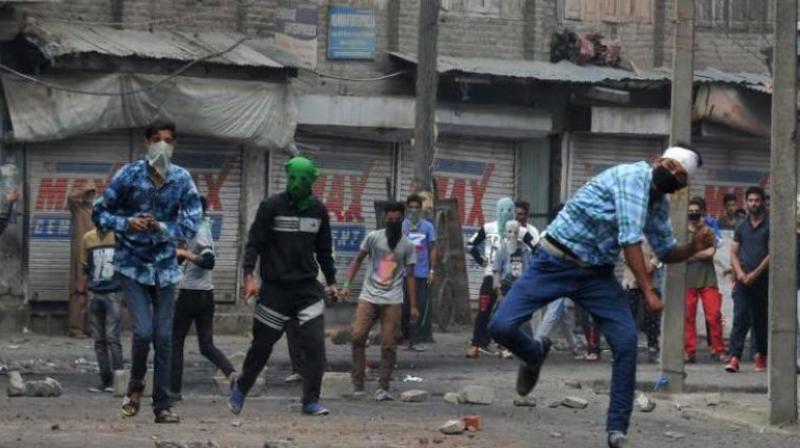 He said the government had inputs that some of the separatists go abroad and indulge in anti-India activities and action have been initiated against such people. (Photo: PTI)

New Delhi: Funding to terrorists and stone pelters in Jammu and Kashmir and smuggling of fake Indian currency notes into the country have been badly hit by the demonetisation of Rs 1,000 and Rs 500 notes, Lok Sabha was informed on Tuesday.

Minister of State for Home Kiren Rijiju said there has been a big impact in attempts to pump in fake Indian currency notes (FICN) into the country and no such incident was reported ever since Prime Minister Narendra Modi had announced the demonetisation decision.

"There has been big impact on FICN. Terror funding was also badly hit due to demonetisation while there is complete halt in paying money to the stone pelters in Kashmir," he said during Question Hour amid noisy protests by Opposition members over demonetisation issue.

Rijiju claimed that separatists in Jammu and Kashmir have a nexus with disrupting elements across the country and some of them, were in touch with militant leaders based in Pakistan.

"Inputs indicate the existence of nexus/collusion of disrupting elements sponsored by neighbouring country and separatists in Kashmir," he said.

Rijiju said some of the key separatist leaders have been noted to be in touch with militant leaders based in Pakistan and Pakistan-occupied Kashmir.

"They have also been believed to be receiving instructions and financial support from Pakistan establishment for such adverse activities," he said.

The Minister said necessary action is being taken against such elements in accordance with the provisions of law.

Rijiju said security cover was being provided by state government based on security categorisation decided by the state security review coordination committee which includes PSOs, guards and vehicles.

He said the government had inputs that some of the separatists go abroad and indulge in anti-India activities and action have been initiated against such people.

He said the central and state governments have been trying to improve the situation in Jammu and Kashmir and incidents of stone pelting have come down significantly in the recent past.