The BJP wrested two Assembly seats, one each in Assam and Arunachal Pradesh from Congress. 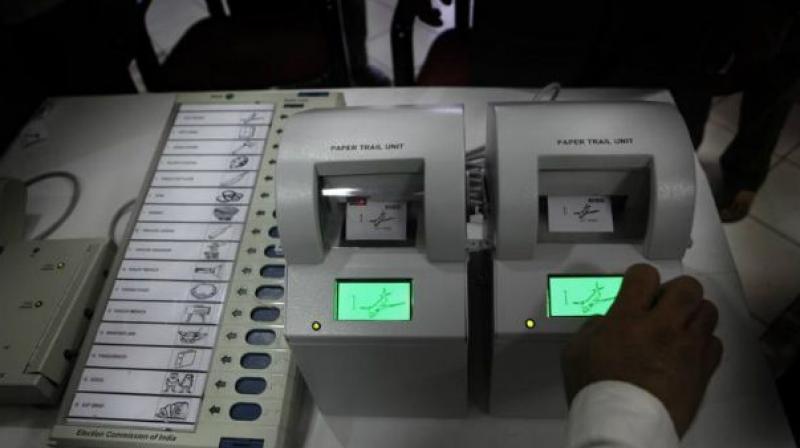 Guwahati: The BJP on Tuesday won all three by-election seats including North Lakhimpur in Assam and Arunachal Pradesh.

The BJP wrested two Assembly seats, one each in Assam and Arunachal Pradesh from Congress whereas BJP nominee Pradhan Baruah registered victory in North Lakhimpur seat by a huge margin of 2.44 lakh votes. Lakhimpur seat was vacant after the resignation of Assam Chief Minister Sarbananda Sonowal.

Baruah, who was elected for North Lakhimpur seat is also the member of the present Assembly from Dhemaji.

The BJP also won Baithalangso Assembly seat in Karbi Anglong hill district where Congress MLA Mansing Rongpi who had won during May elections joined BJP. Rongpi contested the by-election on BJP ticket and was elected again.

In Arunachal Pradesh, Dasanglu Pul, wife of former chief minister Kalikho Pul, who committed suicide in August, won Hayuliang Assembly seat as a BJP candidate. The BJP has joined the state government after chief minister Pema Khandu broke away from the Congress party.