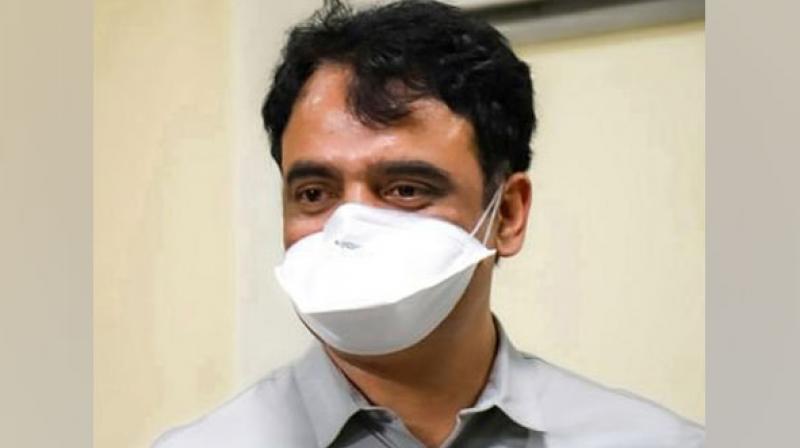 The State Minister further said that the Government of India is working on many policy initiatives and expressed confidence, there will be a thrust for the manufacturing of Silicon and Compound Semiconductor Chips in the country. (ANI)

Bengaluru: Karnataka Minister for Science and Technology Ashwathnarayan CN on Thursday said that the state government aims to make Karnataka the hub of Indian startups to support innovative domestic companies.

The minister said this statement while addressing an event virtually on the topic 'India's Accelerated Electronics System Development and Maintenance (ESDM) Growth - The Defining Decade' in the 16th edition of the Indian Electronics and Semiconductor Association (IESA) Vision Summit- 2021, the press statement issued by the state government said.

"Electronics production has the potential to generate around 1Cr jobs by 2050. Numerous domains and sectors in India such as Agritech, Medical devices, telemedicine, Industry 4.0, Consumer electronics, Space and Defense are dependent on the way Indian Electronics Industry flourishes" Narayana explained.

He further said, "The Electronics market size in India is more than the US $ 300 Billion and the nation's share in the global electronics manufacturing has been consistently growing since in 2012 (from around 1.3 per cent in 2012 to around 3 per cent in 2018). Though at present, India has more than 100 Semiconductor Design services companies offering design of semiconductor to its global customers, it needs to go still further to become self-sufficient in designing and manufacturing Semiconductors."

The State Minister further said that the Government of India is working on many policy initiatives and expressed confidence, there will be a thrust for the manufacturing of Silicon and Compound Semiconductor Chips in the country.
With the intention of creating a suitable ecosystem, he said that the state government has sector-specific policies including Engineering Research and Development policy, Karnataka Digital Economy Mission (KDEM), Beyond Bengaluru and others.