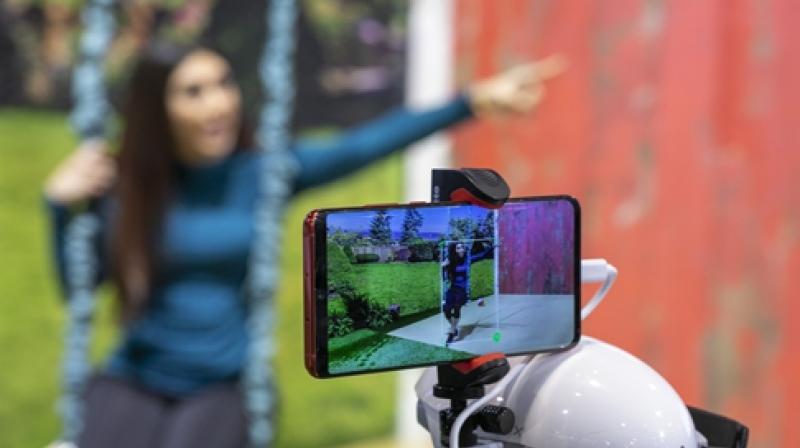 The Bombay High Court on Wednesday expressed concern over an artificial intelligence (AI) bot (a Cyber mechanism) that reportedly turns women's photographs into nudes and asked the Union government what it could do on such AI bot.(Representational Image: AFP)

Mumbai: The Bombay High Court on Wednesday expressed concern over an artificial intelligence (AI) bot (a Cyber mechanism) that reportedly turns women's photographs into nudes and asked the Union government what it could do on such AI bot.

A division bench of Chief Justice Dipankar Datta and Justice Girish Kulkarni was hearing a bunch of public interest litigations seeking that the media, particularly TV news channels, be restrained in their reportage on the death of actor Sushant Singh Rajput.

Bench was hearing the additional solicitor general's (ASG) Anil Singh's arguments on whether a statutory mechanism was required to regulate the content broadcast by the electronic media.

During the hearing the court pointed out news reports on the said AI bot. "If you can gather from the ministry of information and technology what the print media has reported...We want you to check malice in the report. Kindly check with the ministry," the bench said.

Singh subsequently told the court he had gone through the report and spoken to the officers concerned, and action could be taken under the various sections IT Act. Singh said there were provisions in the Information Technology Act, namely section 69A and 79(3)(b), under which action could be taken against the menace.

The bench then said, "The issue is extremely serious and you have to take steps." The ASG assured the bench that the ministry would take steps to address the issue and the concern expressed by the court on an urgent basis.