‘Fate is like rape, if you can’t resist it, enjoy’: Kerala Cong MP's wife sparks row

The post titled 'Fate is like rape, if you can’t resist it, then try to enjoy it', had two short-length video clips. 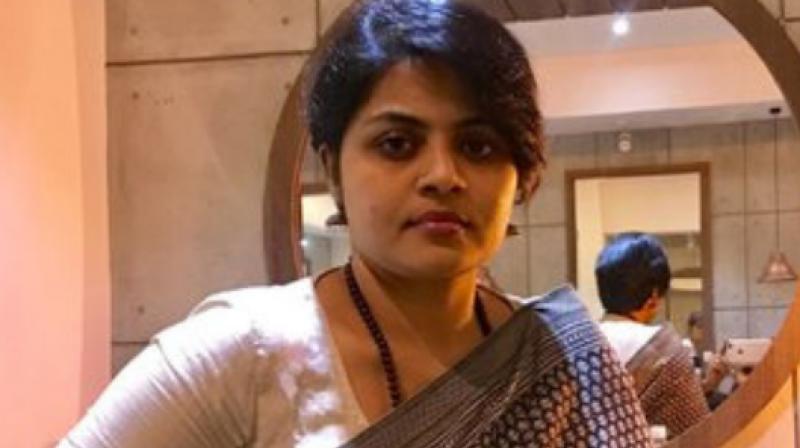 Thiruvananthapuram: Kerala Congress MP Hibi Eden’s wife Anna Linda Eden sparked a controversy with a Facebook post in which she likened rape to fate and said that if one can’t resist it, they might as well enjoy it.

On Tuesday morning, Anna pulled the post from her social media after the comment drew the ire from users, reported News18.

The post was captioned: “Fate is like rape, if you can’t resist it, then try to enjoy it”. It also had two video clips of her child being rescued from their home following heavy rainfall in Kochi on Monday. The second clip was of Hibi enjoying a sizzler. 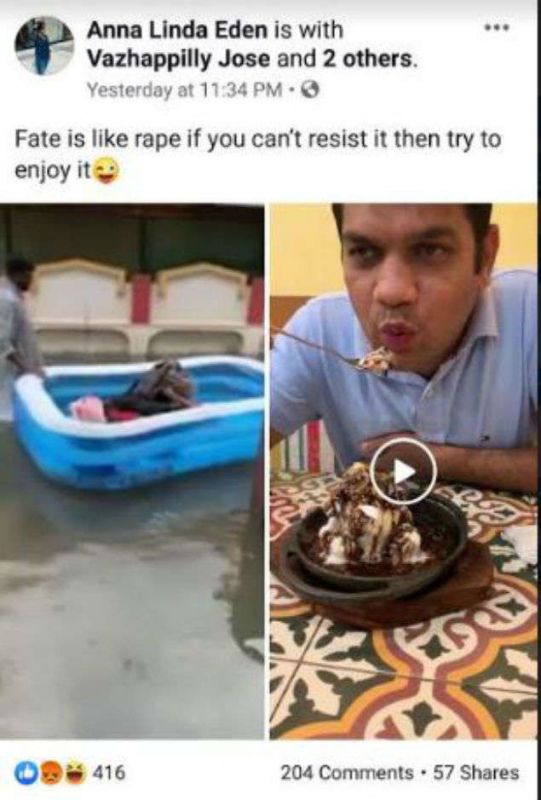 Hibi had won from the Ernakulam constituency in his maiden contest in the Lok Sabha polls this year. On Monday, Kochi had been flooded by a heavy rainfall, throwing traffic in a state of disarray. Anna took to social media and posted a few videos with visuals of their flooded home.