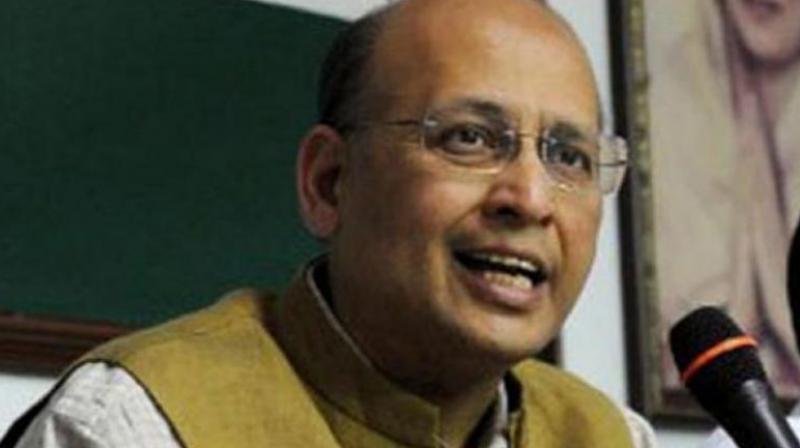 New Delhi: Wading into the ongoing debate over a Bharat Ratna for V.D. Savarkar, senior Congress leader Abhishek “Manu” Singhvi on Monday praised the Hindutva ideologue and said he was an “accomplished” man who fought for dalit rights and had taken part in the freedom struggle. Mr Singhvi’s comments came days after the BJP’s Maharashtra unit had proposed a Bharat Ratna for Mr Savarkar.

After this, former PM Manmohan Singh too had toned down the Congress’ stand against Savarkar, saying the party only opposes his Hindutva ideology. Referring to the Hindu Mahasabha leader with a reverential “Savarkar ji”, Dr Singh said former PM Indira Gandhi had issued a postal stamp in Savarkar’s memory. “(But) we are not in favour of the Hindutva ideology Savarkar ji patronised and stood for”.

Earlier, however, the Opposition parties had launched a scathing attack on the BJP over the Bharat Ratna demand for Savarkar, with the Congress itself saying Savarkar, while acquitted later, had faced criminal charges over the murder of Mahatma Gandhi.

On Monday, Mr Singhvi added, however, that he does not subscribe to Savarkar’s ideology. “I personally don’t subscribe to Savarkar’s ideology but that doesn’t take away the fact that he was an accomplished man”, who played a part in the freedom struggle, fought for dalit rights and went to jail for the country,” the Rajya Sabha MP, who was elected with Trinamul Congress support, tweeted with the hashtag “never forget”.

Mr Singhvi had earlier set off a controversy when he tweeted that the Congress Party shoud not needlessly criticise every move of Prime Minister Narendra Modi. He had been supported by many leaders in the party, including his Rajya Sabha colleague Jairam Ramesh.