More than 150 braid chopping incidents have been reported from different areas of the Valley in the past one month. 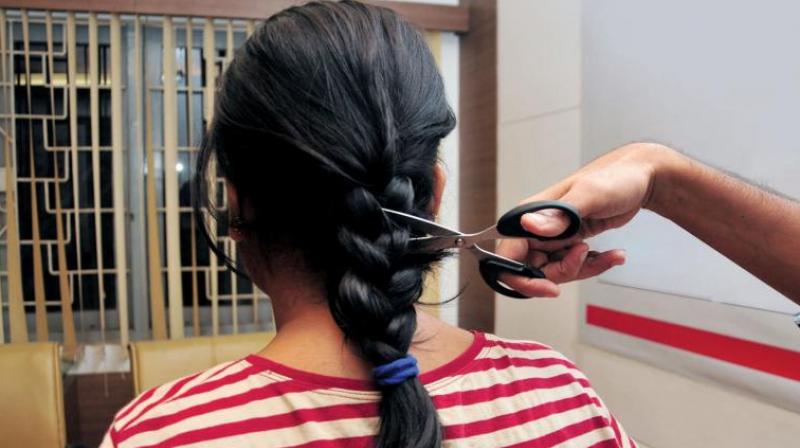 Srinagar: Normal life was once again affected in the Kashmir Valley on Saturday as a vast majority of people obeyed the separatists’ call for the daylong shutdown against the increasing incidents of braid chopping.

A teenager identified as Arsalan was injured in the security forces’ action against protesters near a railway station in central Budgam district. A report said security forces fired live ammunition to quell a stone-pelting mob in the area. Protests against alleged braid chopping incidents were reported from some other Valley areas also.

Shops and other businesses remained shut in most parts of the Valley. Educational institutions had declared a holiday and authorities suspended the rail services “as a precautionary measure” after an alliance of key separatist leaders issued the call for the general strike against attacks on women and girls termed by it as an “Indian ploy”. However, skeleton transport services and private cars were seen plying on many routes.

More than 150 braid chopping incidents have been reported from different areas of the Valley in the past one month. The police has constituted special teams to probe the incidents, but has so far been clueless.