Only govt can take call on talks with Pak, says Rawat

General Rawat in reply to another question said terror camps are still operational across the borders. 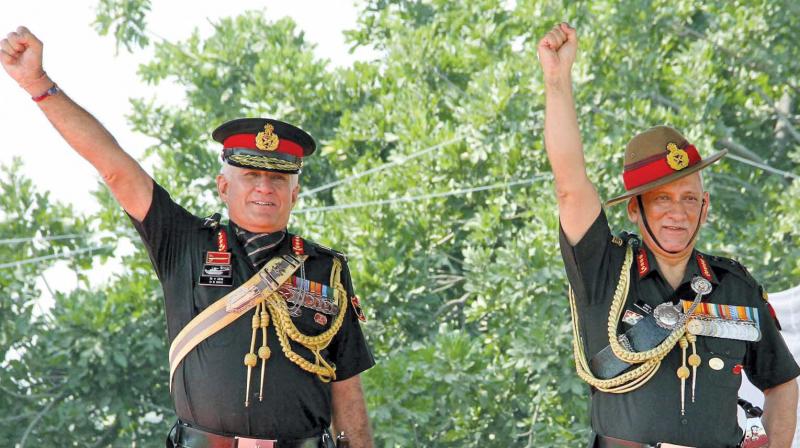 Srinagar: The Army Chief, General Bipin Rawat, said on Saturday that it was the prerogative of the country’s political leadership to decide on the crucial question of resuming peace talks with Pakistan.

“Military has a task and we will continue to perform that task. Decision on any talks has to be decided politically,” he said when asked during an informal chat with mediapersons in Jammu to react to a recent statement of his Pakistani counterpart General Qamar Javed Bajwa.

He said a surgical strike was only one way to deal with the training camps and eliminate militants. “There are other ways also and action is being taken in the matter”, he added. On the possibility of a Doklam-like situation along the Line of Actual Control (LAC), General Rawat said, “We have to remain alert.”

General Rawat also did not subscribe to a report’s view that braid chopping incidents in the Valley pose a “challenge” to the Army. He asked “Why do you see it as a challenge?”

He said such incidents have earlier taken place elsewhere in the country as well and that in Kashmir, “the civil administration and the police are dealing with it and they will foil these incidents.” He added, “The media has a role to play in exposing the separatists and other agencies misleading people on braid chopping incidents.”