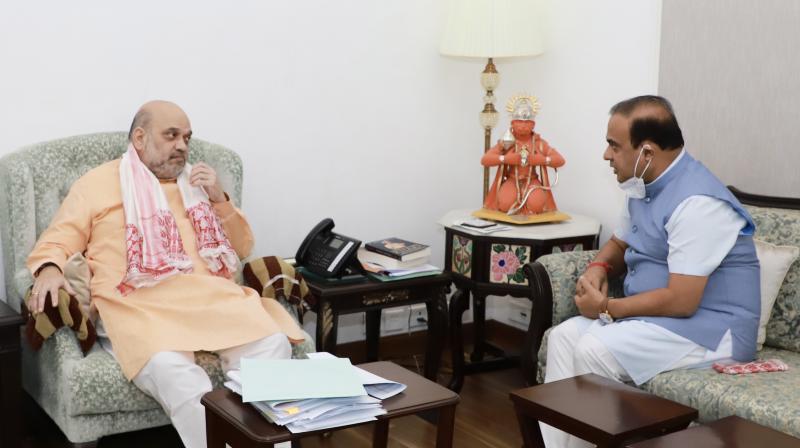 Admitting that his government had some communication with elusive Ulfa-I chief Paresh Baruah through a third party since he took charge of the administration, Mr Sarma told reporters he had sought permission from the Union home minister to start a peace dialogue with the “anti-talk faction” of Ulfa-I too.

Pointing out that everything was now at the preliminary stages and it would take some time to take shape, Mr Sarma said Mr Shah had asked him to ensure that the dialogue was held in a structured manner. “As of now, I only took permission to speak to Mr Baruah over the phone or through other media so that we can give a push to the peace process. But those are very preliminary things. No conclusion should be drawn, and it will be a long affair,” he said.

He also clarified that if things moved in the right direction, the Central government may get involved in the peace parleys with the outfit at a later stage.

It is significant that Mr Sarma, who met the Union home minister in New Delhi, also met National Socialist Council of Nagalim (NSCN-IM) general secretary Thuingaleng Muivah at Dimapur in Nagaland on Monday. Mr Sarma met the top leadership of NSCN (I-M) with Nagaland chief minister Neiphiu Rio. What transpired in the meeting is not yet known, but Mr Sarma reiterated that his visit to Nagaland was political.

The ongoing Naga peace talks, which have been on hold since October 31, 2019 due to differences between the NSCN (I-M) general secretary and former Nagaland governor and interlocutor R.N. Ravi over the demand for a separate flag and constitution by the NSCN (I-M), has resumed once again, this time with the former special director of the Intelligence Bureau, Mr A.K. Mishra.

Mr Sarma held a meeting with the Union home minister in New Delhi on Sunday, following which he said he was partly involved in the ongoing peace process with the NSCN-IM, but he was not officially holding any negotiations with the Naga rebel group.