India   All India  22 Sep 2019  Many indigenous refugees find no place in Assam NRC
India, All India

Many indigenous refugees find no place in Assam NRC

The authorities said that they are preparing to issue rejection certificates to all 19L people, defining specific reason for rejection from list. 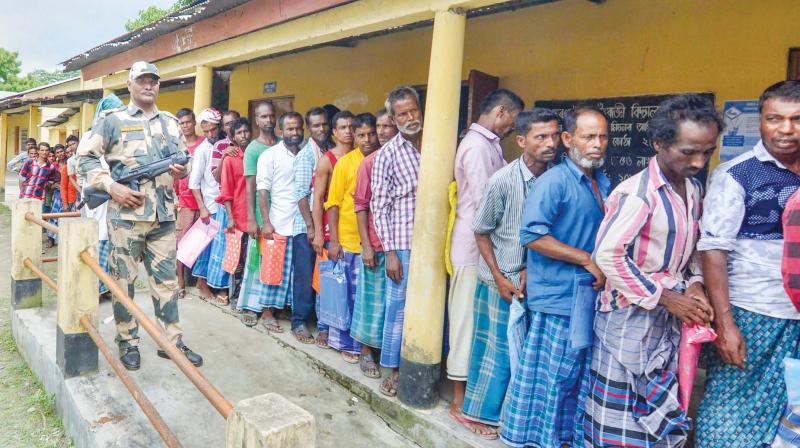 Guwahati: While the demand for re-verification of names of those left out of the National Register of Citizens (NRC) has intensified, the NRC authorities have expressed fear that more tribal groups may launch agitation as a sizeable number of people belonging to indigenous communities have migrated to Assam from Bangladesh and didn’t have the requisite paper for inclusion of names in the NRC.

It is significant that not only Muslims or Hindu Bengalis have migrated to Assam but a large number of people belonging to indigenous communities like Koch Rajbongshi and Garo have also migrated illegally to Assam from Bangladesh.

Asserting that the NRC authorities strictly followed the guideline of the Supreme Court while accepting or rejecting the names in the NRC, the authorities said that they are preparing to issue rejection certificates to all 19 lakh people, defining specific reason for rejection of their names from the NRC.

Informing that the NRC authorities still have a Herculean task of digital preservation of documents submitted by 3,30,27,661 applicants, sources said that more than 5,000 NRC Seva Kendras were still functional and preparing rejection letter for those left out.

Claiming that the entire exercise of updating the NRC has generated a massive databank, sources said that they are now putting them in to a safe custody. More than 52,000 state government employees who were engaged in the NRC updating process are still attached to the NRC authorities and working.

Meanwhile, All Koch Raj-bongshi Students’ Union claimed that around 58,000 people from the Koch Rajbongshi community have been left out of the final NRC published on August 31, which excluded about 19 lakh claimants from the citizenship register. They are demanding inclusion of all members of the indigenous Koch Rajbongshi community, who have been left out of the NRC list.

The Tinsukia district committee of All Assam Gorkha Students’ Union (AAGSU) has also urged Assam chief minister Sarbananda Sonowal for re-verification of genuine Indian Gorkhas who have been excluded from the NRC at their respective NSKs, without sending their names in foreigners tribunals.