India   All India  22 Sep 2019  Code of conduct comes into effect after EC notification
India, All India

Code of conduct comes into effect after EC notification 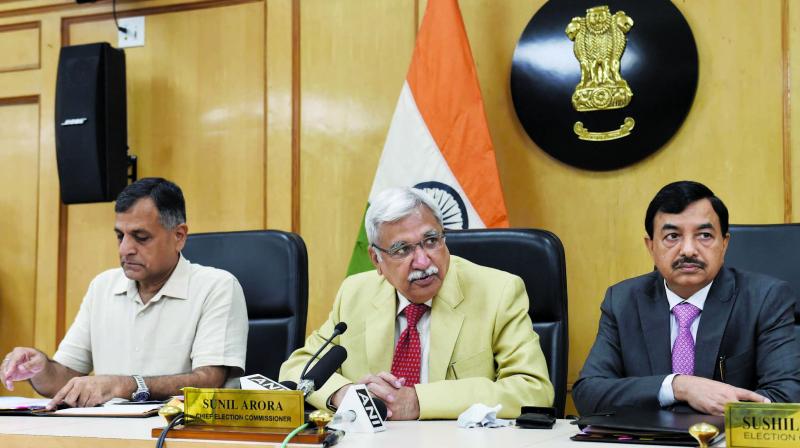 Chandigarh: All necessary arrangements have been made to hold the forthcoming Vidhan Sabha Elections in a free, fair and transparent manner, said Chief Electoral Officer (CEO) of Haryana, Anurag Agarwal. Addressing a press conference, Mr Agarwal on Saturday said that with the announcement of election programme by Election Commission of India (ECI) on Saturday, Model Code of Conduct (MCC) has come into effect.

He said that after the second revision of electoral list on August 27, 2019, the final voter list has been published as per which 1.83 crore voters, including 1.07 lakh service voters would exercise their right to franchise. He said that as the process for updating the electoral roll is in progress, the number of voters is expected increase.

Mr Agarwal said that there are 26,329 control units and 40,615 ballot units. Besides, an arrangement of 27,996 Voter Verifiable Paper Audit Trail (VVPAT) machines has been made.