Around 10 crore households will benefit from the scheme and also receive a customised letter from PM Modi. 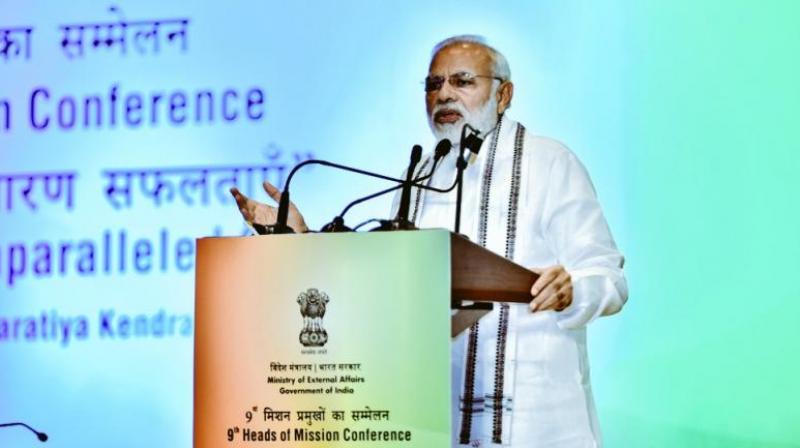 More than 20 states and Union territories have signed MoUs with the Centre and will implement the programme over the next two months. (Photo: File)

New Delhi: Beneficiaries of the Centre's Ayushman Bharat insurance programme in Jharkhand, from where Narendra Modi will roll out the flagship scheme on Sunday, have been sent a two-page customised letter from the prime minister outlining the importance and benefits of the project.

The government will send similar letters to 10.74 crore beneficiary families across the country gradually. The letters will have a photograph of Modi, a government official said.

"Around 57 lakh families in Jharkhand are expected to receive letters by Sunday morning," the official said. The letter mentions that the beneficiary family can avail the scheme in hospitals in their area and health facilities empanelled under the scheme across the country.

"I hope you will receive complete treatment without the need to worry about the expense and without any hassles," the letter states.

The scheme will target poor and deprived rural families and identified occupational category of urban workers' families, 8.03 crore in rural and 2.33 crore in urban areas, as per the latest Socio-Economic Caste Census (SECC) data, and will cover around 50 crore people.

For urban areas, the 11 occupational criteria will determine entitlement.

In addition, Rashtriya Swasthya Bima Yojna beneficiaries in states where it is active are also included. There is no cap on family size and age in the scheme, ensuring that nobody is left out.

More than 20 states and Union territories have signed MoUs with the Centre and will implement the programme over the next two months, after its launch on Sunday.

Remaining states and UTs - Telangana, Odisha, Delhi, Kerala and Punjab - have not signed, so the scheme will not be implemented in those states till they come on board.