The SSB has seized products worth Rs 187.89 crore this year against Rs 2.21 crore three years ago. 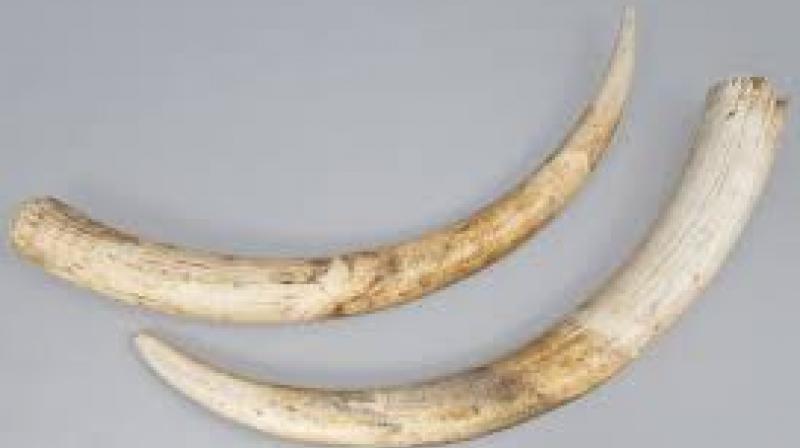 New Delhi: The seizures of wildlife products by the Sashastra Seema Bal (SSB) have gone up by 90 per cent till August in comparison to the seizures in 2014.

The SSB has seized products worth Rs 187.89 crore this year against Rs 2.21 crore three years ago. The SSB is tasked with guarding India’s borders with Nepal and Bhutan.

These products were seized from 93 smugglers against those caught in 2014. A major reason behind the SSB’s success in its drive against wildlife crimes was a constant watch on the smuggling of endangered species like Tokey Gecko Lizards and prohibited items like snake venom, bones and skin of tigers and leopards, elephant tusks/ivory, rhino horn and deer skin and deer meat, etc.

In the recent past, the SSB apprehended snake venom worth Rs 100 crore in West Bengal, which happens to the be the most wildlife-crime prone state with 125 cases followed by UP with 54 cases. Sources said Alipurduar in West Bengal is the main hub of the wildlife smuggling from where 98 cases had been reported followed by Bahraich (15 cases) and Balrampur (15) in UP, Udalguri (14) in Assam, Jailpaiguri (12) and Darjeeling (10) in West Bengal. The illegal trade also includes the body parts of dead animals like rhino horns, leopard skin and paw, deer horn and skull and elephant trunk.

Senior officials say that in last two to three years, Tokey Gecko catchers have become active in Assam, West Bengal, Uttarakhand and Bihar. Tokay Geckos (Gekko Gecko) are being caught illegally and trafficked from this region to Southeast Asian countries, where many people believe that medicines made from gecko meat can cure diseases such as AIDS and cancer.

Tokey Gecko has been included into Schedule III of the Indian Wildlife Protection Act as highly endangered animal.

Officials say that wildlife trafficker poach or kill wild animals and traffic their body parts for traditional medicines to China and other East Asian countries. Bengal tigers and one-horned rhinos are the prime targets in the illegal trade operations.

“Animal parts like rhino horns, tiger bones, ivory, deer antlers, pangolin scales, lizards, snakes are being smuggled to places like China, Myanmar and other Southeast Asian nations through the open route of Indo Nepal border and Indo Bhutan border. This region is presently used as a corridor by the international smuggler, causing a serious concern to the very existence of wildlife in the northeast India.  Trade of bones, claws and skin of tiger, Assamese macaque, elephant tusk, smoked snakes and red panda have seen in this region,” said officials.

From Indo-Bhutan and Indo-Nepal borders, the SSB teams arrested as many as 221 wildlife smugglers and recovered wildlife products worth Rs 244.56 crore in 247 cases, which were registered in Uttarakhand, UP, Bihar, West Bengal and Assam between 2014 and 2017.  In 2010, the SSB seized wildlife products valued at Rs 1.06 crore and arrested two smugglers. In 2011, the value went up to Rs 1.5 crore but only one criminal was held. In 2012, the amount declined to Rs 56 lakh but six criminals were caught. With the arrest of 28 smugglers, the value of the seized wildlife products again increased to Rs 2.09 crore in 2013.