Lawyer of student's family had on Friday said that they would move SC on Monday if the CBI does not start probe in two days. 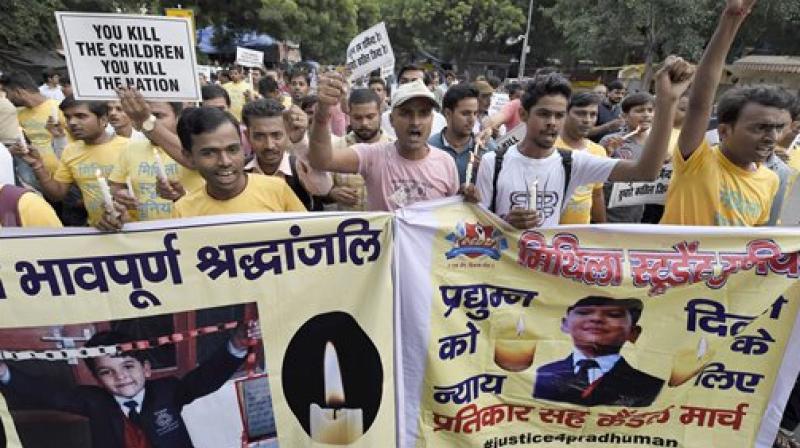 Seven-year-old Pradyuman Thakur was found dead inside the toilet of the Ryan International School with his throat slit. (Photo: PTI)

New Delhi: The Central Bureau of Investigation (CBI) on Friday received a notification for taking over investigation into the killing of Pradyuman, a seven-year-old student of Ryan International School in Gurgaon, and is all set to register an FIR in the matter, agency sources said on Friday.

The sources said the notification from the central government had been received and an FIR could be registered anytime soon.

Earlier on Friday, the lawyer of the family of the student said that they will approach the Supreme Court on Monday if the CBI does not start probe in two days.

Haryana Chief Minister, Manohar Lal Khattar had announced that a CBI investigation would be carried out into the murder, following which the case was handed over to CBI on September 15.

Following the incident, school's bus conductor was arrested for the crime, but the case took a complicated turn after family of the accused claimed that he was being wrongly framed and that the school authorities were trying to mislead.