Quddusi had allegedly assured B.P. Yadav, Palash Yadav, the promoters of PIMS, to settle the matter. 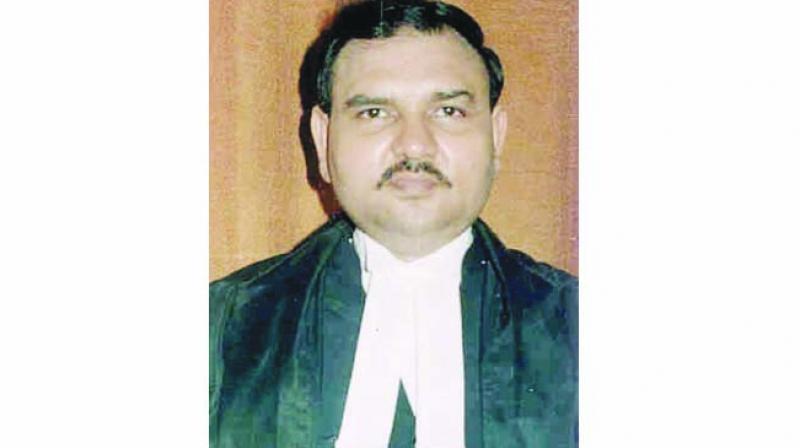 Bhubaneswar/New Delhi: The Central Bureau of Investigation (CBI) on Thursday arrested retired judge of Odisha high court, I.M. Quddusi, and four others under Section 120-B (criminal conspiracy) of Indian Penal Code (IPC) and Section 8 of Prevention of Corruption Act 1988.

The four others who were arrested are B.P. Yadav, Palash Yadav, Vishwanath Agarwala and Ram Dev Saraswat.

The probe agency had on Wednesday evening registered a case against the five for receiving bribe through hawala route to help a Lucknow-based education trust that runs Prasad Institute of Medical Sciences (PIMS). PIMS is among the 44 medical colleges in the country that was barred for two years due to lack of infrastructure and other requirements.

The sources said Vishwanath Agrawala, a resident of Bhubaneswar, had received Rs 1 crore from hawala operator Ram Dev Saraswat to deliver it to Quddusi. Quddusi had allegedly assured B.P. Yadav, Palash Yadav, the promoters of PIMS, to settle the matter.

On Tuesday, the CBI had conducted raids at eight locations in Delhi, Lucknow and Bhubaneswar in connection with irregularity.

During the raids, including at Quddusi’s residence in South Delhi, the CBI had recovered `1.91 crore, the sources informed. The CBI sleuths recovered `1 crore from the possession of middleman Viswanath Agrawala who received the amount from a hawala dealer. The CBI is also probing the ex-judge’s role in other deals. Sources in the agency said preliminary analysis of documents recovered during searches from the premises of Quddusi shows that there are “other deals” which can be brought under the ambit of the probe. Sources, however, refused to divulge details of “other deals.”

Quddusi was arrested along with Bhawna Pandey, B P Yadav and Palash Yadav of the Prasad Educational Trust which runs a medical college in Lucknow, Biswanath Agrawala, a middleman, and hawala operator Ramdev Saraswat. The agency has so far arrested total six persons in this case. The case pertains to a Lucknow-based medical college Prasad Institute of Medical Sciences which was barred by the Government from taking admissions of students for the year 2017-18 and 2018-19.