Although official death figure has been pegged at 3787, unofficially the toll count was more than 16,000. 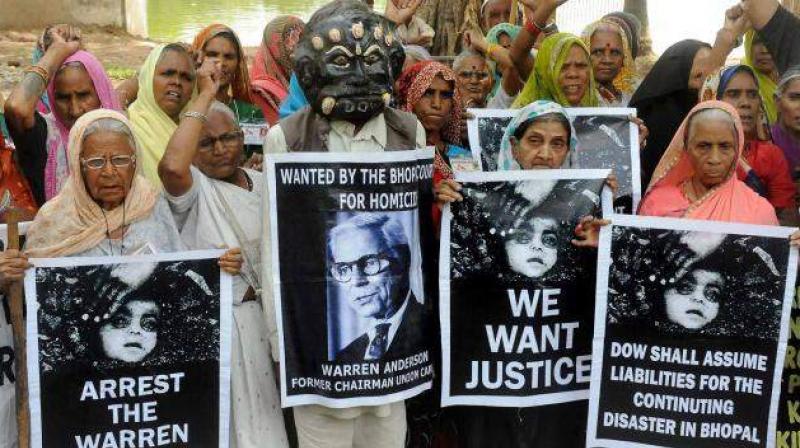 Bhopal: Madhya Pradesh high court has stayed proceedings against the then local superintendent of police Swaraj Puri and district magistrate Moti Singh in the 1984 Bhopal gas tragedy which had claimed lives of 3787 people.

The single bench of the Jabalpur high court headed by justice S.K.Palo on Wednesday stayed proceedings of chief judicial magistrate court, Bhopal, in the case and fixed the next date of hearing in the case for November 9. Mr Puri had retired from his service as DGP of MP.

Civil rights activist Abdul Jabar, fighting for the cause of victims of Bhopal gas tragedy had earlier moved the CJM court, Bhopal, seeking to book the two ex-officials on charges of aiding the escape of Union Carbide Corporation chairman Warren Anderson from MP during the incident. Mr Jabar had cited a book written by Mr Singh who was then district collector of Bhopal while accusing him of aiding the escape of the then UCC chairman from MP in his PIL filed in the CJM court. The CJM had ordered to register cases under Sections 212 (harbouring or concealing a person believed to be an offender), 217( public servant disobeying an order to save a person from punishment) and 221( intentional omission to apprehend) of IPC against the two ex-officials.

However, the two retired bureaucrats had later filed a revision petition in the additional district and sessions judge court here and later moved the high court seeking a stay on the proceedings in the case in the lower court. The tragedy that took place in the intervening night of December 2-3,1984 following leakage of deadly methyl isocyanate gas in the Union Carbide plant in Bhopal had left an unspecified number of people dead and hundreds of people maimed. Although official death figure has been pegged at 3787, unofficially the toll count was more than 16,000.