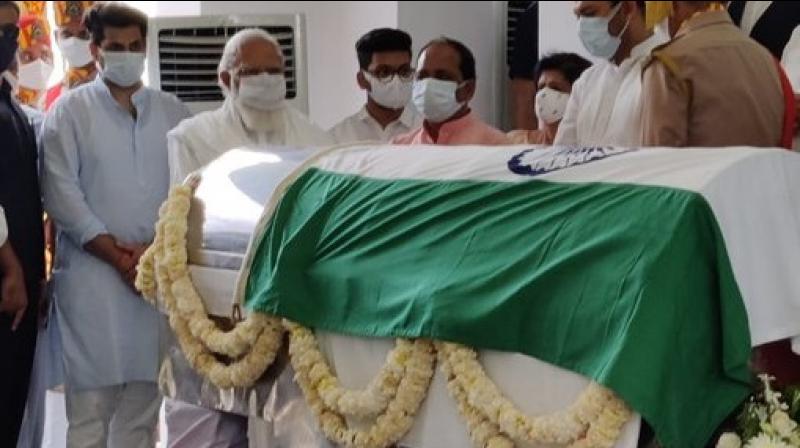 Singh, who was ailing for some time, died at the Sanjay Gandhi Post Graduate Institute of Medical Sciences (SGPGI) in Lucknow on Saturday night. He was 89.

Tributes poured in for the prominent backward caste leader with Modi hailing the two-time Uttar Pradesh chief minister's "indelible contribution" towards the development of the state and the "cultural regeneration" of India.

The veteran BJP leader, who also served as the Rajasthan governor, was admitted to the Intensive Care Unit of the SGPGI in a critical condition on July 4. He died due to sepsis and multi-organ failure, the hospital said.

Uttar Pradesh has announced three-day mourning and a holiday on Monday, when the former chief minister's last rites will be performed.

Singh was the Uttar Pradesh chief minister when the Babri mosque was demolished by a mob of "karsevaks" in Ayodhya on December 6, 1992. Along with BJP veterans L K Advani and M M Joshi, he was among the 32 people acquitted in the demolition case in September last year.

A Lodhi leader, Singh was instrumental in the rise of the Bharatiya Janata Party (BJP) to power in Uttar Pradesh in the 1990s.