The state government has announced three-day mourning on the occasion. 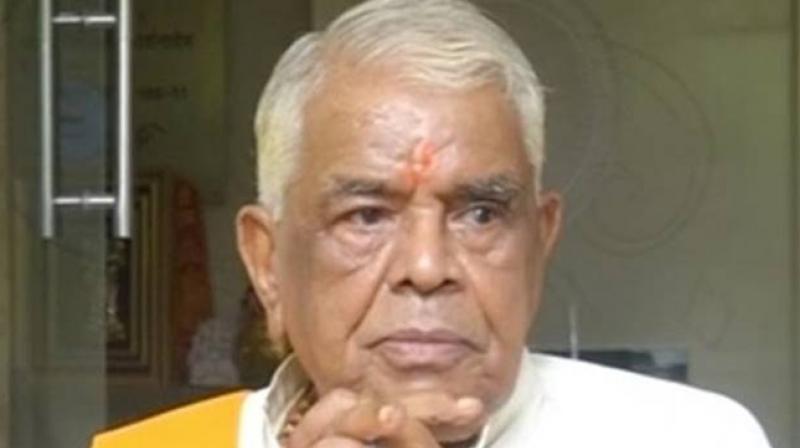 Bhopal: Former chief minister of Madhya Pradesh Babulal Gaur passed away here on Wednesday morning at the age of 89. He is survived by his two daughters, a daughter-in-law, who is a sitting BJP MLA, and grand children.

The veteran leader, who was the first MP leader to have won Assembly elections 10 times in a row, was admitted in a private hospital here on August 7, after he complained of respiratory problems and put on ventilator.

He died of cardiac arrest, doctors attending him in the hospital announced. His last rites were conducted here on Wednes-day afternoon with state honours.

The state government has announced three-day mourning on the occasion.

A diary, maintained “religiously” by 89-year-old Babulal Gaur not only vividly narrates his incredible journey in life from a “mazdoor” (labourer) to “mukhya mantri” (chief minister), but also chronicles political events of Madhya Pradesh in the last half-a-century.

Gaur never hesitated to record even most embarrassing moments of his life in his diary, which he used to call a “political first information report”.

He was a prominent leader of Jan Sangh, the previous entity of the BJP, and founding member of Bharatiya Mazdoor Sangh.

He had lost his first election from Bhopal Lok Sabha constituency in 1971 as a Jan Sangh candidate. He won elections from Govindpura Assembly constituency under Bhopal district in 1974 and retained the seat for next 44 years till 2018.

He was dropped from the Shivraj Singh Chouhan ministry in June, 2016, under the pretext of having crossed the age of 75 years, much to his chagrin.