Indian Navy and other rescue team are working on war footing to rescue those stranded and airlifting them to relief camps. 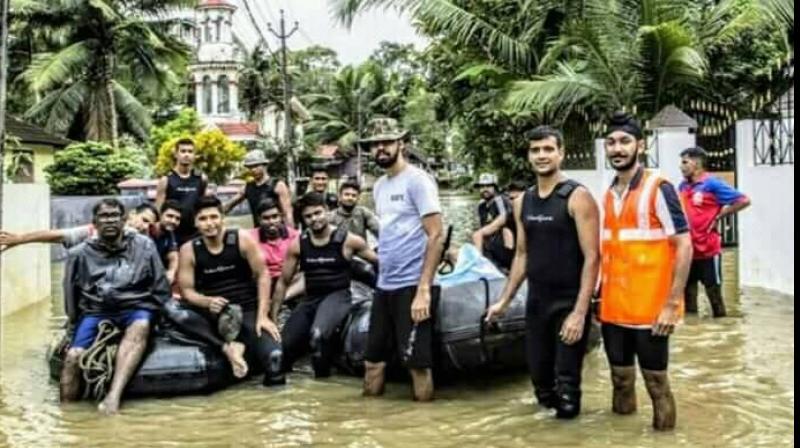 Mumbai: Kerala floods which have been declared as a severe calamity by the Centre has claimed at least 216 lives and left 7.24 lakh people homeless.

Indian Navy and other rescue team are working on war footing to rescue those stranded and airlifting them to relief camps.

Under “Operation Madad”, several teams were formed and diverted to different zones which included MARCOS officers.

Talking about the difficulties faced by the officers, people initially weren’t cooperative with the teams as they weren’t ready to come out of their homes.

Some people trapped in waist-deep water, in fact, asked the teams to arrange a television set or refrigerators for them.

One of the victims asked ‘not to save her, but protect her passport as she had to travel to Dubai’.

People were unwilling to leave their houses as they were optimistic that situation would improve over the days. Some were worried about the damage that their houses would incur if they leave as there would be no one to maintain and clean them.

With a lot of explanations and struggle, teams managed to convince those stranded by saying that the rescue operations would become difficult if the situation gets worse

Though the teams were sent to different zones of the states, Chengannur, Palakkad, Karthikappally Pandanad, Kaliserry, Edanad were taken care of the leadership team.

Navy ensured to support people of Kerala through the air as well.

Chetak, Indian Navy’s lightweight helicopter flown by Lt Bhaskar Raghuvanshi were sent to places where there was space restriction.

Landing issue and weather were few factors that were restricting the officers to help those stranded.

Basic amenities and relief materials were given through rooftops and balconies. Apart from providing basic services, Chetak was primarily used to airlift people who were in dire need of help or had to be taken out due to a medical emergency.

Some people were generous, sending old people and children and those who required immediate medical aid. These gestures of people were appreciated by the pilot and the rescue team.