Scientists across country congratulate ISRO for successful launch of Chandrayaan-2

This mission will make India the fourth country after the United States, Russia, and China to carry out a soft landing on the Moon. 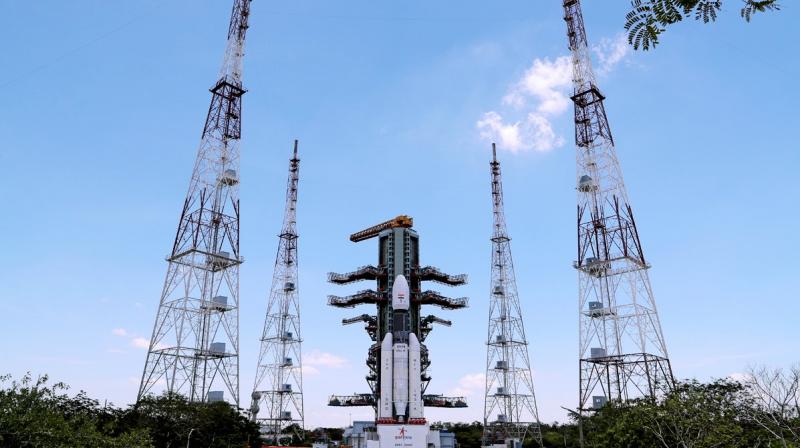 The probe's total mass is 3.8 ton and is expected to land on the Moon's South Polar Region on September 6 or 7 this year. (Photo: Twitter/ISRO)

New Delhi: Eminent scientists across the country gave a big thumbs up to the successful launch of India's indigenous moon mission, Chandrayaan-2 from the Satish Dhawan Space Centre at Sriharikota in Nellore district of Andhra Pradesh.

India created history on Monday by successfully launching the country's second indigenous Chandrayaan II mission to the Moon on Monday, which injected the spacecraft into the Earth's orbit a week after its lift-off was aborted due to a technical glitch.

While speaking to ANI, D Sasikumar, former Indian Space Research Organisation (ISRO) project director from Trivandrum said: "Chandrayaan-2 has given an extraordinary performance, it's launching was flawless. There was no time overlap of any of the functions. We will anxiously wait for September 6 to see what happens. That will be our next step and real milestone"

"There are 16 critical operations that the vehicle will accomplish in the upcoming days, the payload will go from the orbit of the earth to the orbit of Moon. The only problem we might face is during the attempt of soft landing by the payload where the velocity has to be moderated and it has to for an absolute soft landing on the moon."

He further informed that the moon surface is quite unpredictable. There shouldn't be any dirty or rocky surface during the soft landing. He believes more surprises are waiting for our scientists once the vehicle lands on the Moon surface.

Shivprasad Khened, Director, Nehru Science Centre, Mumbai said, "I am proud of our scientists who did not give up after the technical glitch followed by the delay in the launch of Chandrayaan-2. They identified the problem within 24 hours and rectified it."

Another scientist, Ravi Gupta, Director Defence Research and Development Organisation (DRDO) told ANI that, "Even after a delay of one week in the launch, the vehicle will land on the same date and there will be no delay in the landing. Scientists have worked really hard to make this mission successful."

"The launch cost is around 1 thousand crores, Chandrayaan-2 will explore the possibilities of setting up a base on the surface of the moon on the South Pole," he added.

Speaking to ANI, B G Sidharth, Scientist and Director, BM Birla Science Centre from Hyderabad said: "Chandrayaan-2 is about to be launched by GSLV Mark 3, this is India's largest cryogenic rocket. Chandrayaan-1 was launched by PSLV by its mission was to just orbit the moon, it was able to detect water on the moon for the first time in human history."

"If we have water and electricity then some of our problems are solved to have a base on the moon, these are some of the objectives which Chandrayaan-2 will take. We will have a three-dimensional photograph of the moon with the help of this mission."

Brijendra Pateriya, Director, Punjab Remote Sensing Centre congratulated the citizens of India on the successful launch of Chandrayaan-2 and said, "It will take around 50 days to accomplish the task of landing on the Moon and will land in the month September."

"After the lander makes a soft landing on the moon, the rover will start mapping the surface of the moon. Later the scientists will gather all this information by the help of the orbiter. This mission is unique as it's first of its kind."
ISRO had successfully completed the launch rehearsal of the Chandrayaan-2 mission on Saturday.

Chandrayaan-2 will explore a region of the Moon where no mission has ever set foot. The spacecraft consists of an orbiter, a lander, and a rover together referred to as "composite body".

The probe's total mass is 3.8 ton and is expected to land on the Moon's South Polar Region on September 6 or 7 this year.