Thanks to its efforts and commitment, some of the villagers now have a regular income once more. 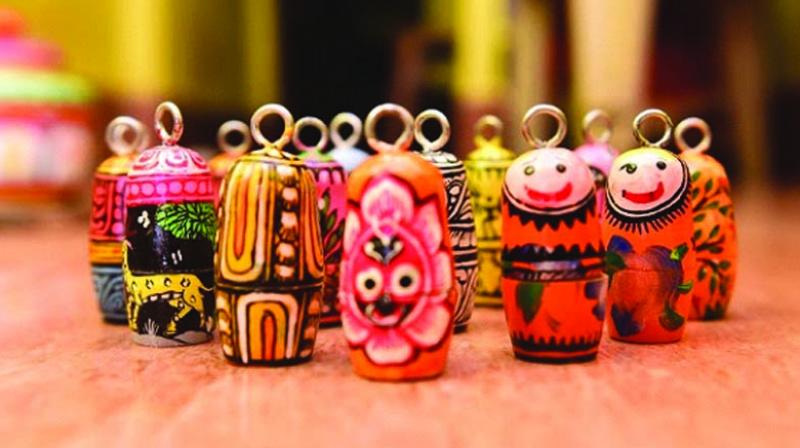 On May 3 this year, the eastern Indian state of Odisha was hit by one of the most devastating cyclones in history. Apart from killing at least 40 people and leaving around 160 injured, this summer cyclone left the people of the affected regions in severe distress. Millions have been rendered jobless while in a preliminary report the state has assessed the extent of damages to be tentatively around `12,000 crore. The destruction, however, was not spread uniformly.

As one moves from the state capital Bhubaneswar — where no casualty was reported — to the temple town of Puri, the picture of devastation starts becoming starker. Everywhere, things seem to have been uprooted — coconut trees, houses, schools and lives of the destitute. As one moves further into the artisans’ village of Raghurajpur, located 10 km from Puri, one realises how a disaster can completely wash away a people’s entire existence. 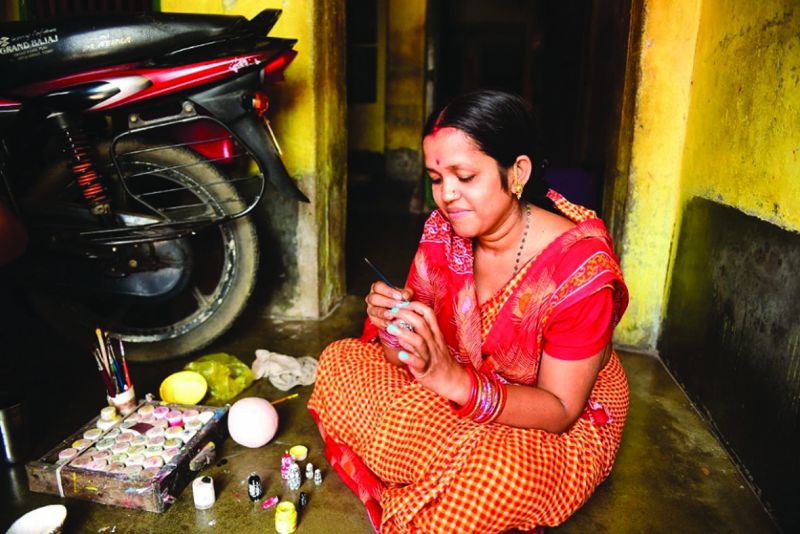 An artisan at work

In this village, the houses of artisans doubled up as their workshops, where, before the cyclone, they would practise Odisha’s ancient pattachitra art paintings, the famous palm-leaf painting and other arts and handicrafts. However, post cyclone Fani, their work has been severely affected.

“For the villagers of Raghurajpur, the paintings and crafts are the only source of livelihood. So, when the cyclone destroyed our paintings, it affected our village economy,” shared 34-year-old Akshaya Kumar Bariki — an artisan who has won an award from UNESCO for his pattachitra work.

It is not just the destruction of the paintings that has affected the artisans but in the aftermath of the cyclone, they are finding it difficult to resume their work because of several other reasons. 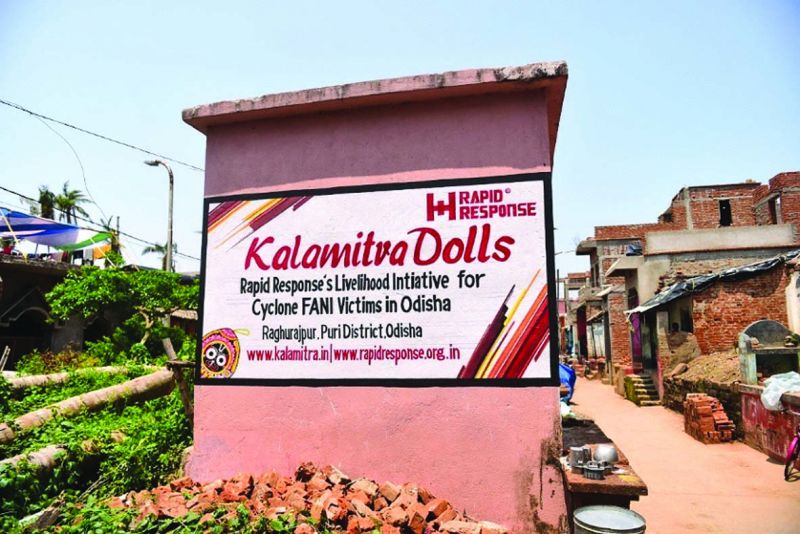 According to 36-year-old Narayan Nayak, who does palm-leaf painting and pattachitra, “After the cyclone, raw materials like palm leaves and coconuts are not available in the market. If at all available, the prices have shot up. All our stock was destroyed in the storm. I have not been able to resume work since then.”

Twenty-four-year-old artisan Sachikant Sahoo listed one more reason for the misery of the artisans in the village — lack of electricity. “Earlier, I would work inside my room but after Fani there is no electricity, which has forced me to stop working.” According to Sachikant, this is the case with most of the youth in the village who now play cards and board games to pass their time.

Understanding the grim and helpless situation of these artisans, Rapid Response, an award winning NGO, decided to rebuild their lives. Other than providing immediate relief, the organisation followed the principle of long-term recovery and rehabilitation and invested in the same.

On May 19, Rapid Response adopted and formally started the project “Rebuilding Raghurajpur” to provide relief and long-term recovery assistance to its artisan community. Since then the team has mobilised more than 40 local volunteers. It supported the community with generators, wood cutters, community kitchens, medical camps, relief kits, hygiene kits, education kits and psycho-social help.

As a long-term support, livelihood recovery project “Kalamitra” (meaning friend of the arts in Sanskrit) was launched on June 17, 2019. A post disaster rehabilitation project, Kalamitra will provide the affected artisan community an opportunity to learn new skills and interact with others. This will provide them an enabling environment to recover from the immense trauma that they have suffered. Also, this project is aimed at helping them earn a sustainable income, thus allowing them to rebuild their lives after the cyclone.

“We lost our house and belongings during Fani. Now we are recovering from its impact and I am happy about the Kalamitra project by Rapid Response. It’s giving us hope and a regular income,” shared 45-year-old Usharani Maharana, an artisan from the village. She also said that if the demand for these dolls increase, the entire family will be more than happy to get involved.

The Kalamitra project was launched by Jyoti Prakash Panigrahi, minister for tourism and culture, government of Odisha, Elina Das, actress and social worker, Namrata Chadha, state juvenile justice board member, and several others.

“The success of Kalamitra is based on the demand and support we get from the world over. When more and more people buy Kalamitra products, we would be able to support a large number of artisans and artists from Raghurajpur. People can buy the Kalamitra dolls by visiting www.kalamitra.in,” Thingujam Sathis, programme officer at Rapid Response, said.