Elections in 2019 in Asian countries: A game-changer for women or not?

How do women in elections stand to gain in terms of power sharing? What are the takeaways for them? 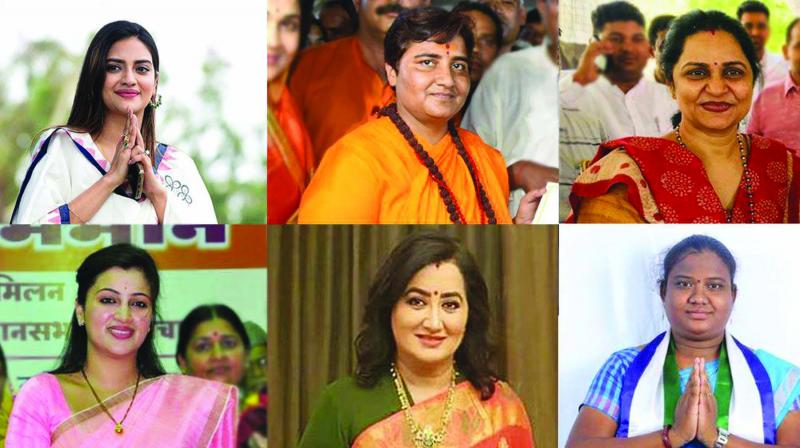 The long election season in India is finally over. No, not India alone, but a few more countries in the Asian neighbourhood had also undergone a similar exercise.

Now, how do women in this political changeover stand to gain in terms of power sharing? What are the takeaways for them?

Thailand is one such country in Asia which had its first general elections in 2019 after the military coup in 2014. It saw the re-entry of the junta chief Gen. Prayut Chan-o-cha as the country’s new Prime Minister.

In terms of women’s representation in Parliament, Thailand has at a lowly rank of 181 among 193 countries as per the Inter Parliamentary Union (IPU) rankings. The 2019 election has brought 79 women parliamentarians to the “Rathasapha”, or National Assembly, which is a six-fold rise from 2014, lifting women’s seat share to 15.8 per cent from 5.4 per cent in 2014.

Surprisingly, Thai women were the first in Asia to get political franchise in 1932, but that didn’t help them in making much headway in electoral politics. A women’s rights activist was categorical that the existing social belief that “men are more capable and politically minded had gone against women in electoral battles”. A professor at Chiang Mai University, who is also the president of the Asia Pacific Forum on Women, commented that from the “legal side, things look good for women… but there are lingering problems related to human and reproductive rights… which led to low political participation”.

In 2017, Thailand, however, introduced a system of “legislated candidate quota” at the national level, making it mandatory for political parties to “give due regard to… equality between men and women” in the candidates’ lists. In the 2019 election, the Democrat Party, one of the major parties, has voluntarily adopted a target of 30 per cent for women candidates. But it also witnessed how a Thai princess’ nomination for the prime ministership was summarily rejected on the grounds of being “inappropriate… defying the nation’s culture… and against the spirit of the Constitution”, and the party which nominated her also got dissolved by the country’s constitutional court, which many tend to believe as an “act of vengeance”. The country’s first and only female Premier was thrown out of power in the 2014 military coup.

The Philippines also had its elections for all seats in the House of Representatives, 12 seats in the Senate, and for all elected seats in the provinces, cities and municipalities. In 2016, 86 women MPs got elected to the 292-member Lower House, with a 29.5 per cent seat share, while the 24-member Upper House had six women MPs with a seat share of 25 per cent — and ranked 51 in the IPU list. In the Philippines, women’s seat share in both the Houses exceeds the world’s average of 22.7 per cent, Europe’s 25.6 per cent and also the Asian regional average of 18.8 per cent. In the 2019 election, seven female senators, an all-time high, and 87 female members of the House of Representatives could make entry into the present 302-member House.

The Philippines introduced the Party-list Law to give better representation to “the marginalised and unrepresented”. It helped in creating many women’s party-list groups like “Abanse! Pinay” and “Gabriela Women’s Party”, “Women Power Inc”, etc. However, a recent study revealed that “because of its loosely drafted guidelines… the law has been misused by political dynasties or moneyed players”. The Philippines, however, doesn’t have any legislated quota at the national level, but there is a legislative mandate for putting women in one of three seats in every municipal, city and provincial legislative council and also a provision of financial incentives to political parties for supporting a woman’s candidature.

In the Philippines, among the major 16 political parties, two are led by women. The Akbayan, a Progressive-Left party, reserves 30 per cent of its leadership positions to women. The Philippines Democratic Socialist Party (PDSP) also has a 25 per cent quota for women.

Women in the Philippines got voting rights in 1937, and the country also had two women Presidents, yet many political activists feel that “leadership is still considered in terms of male strength… women are rather pictured as supportive tools in the socialisation and diplomacy of their leader-husbands”. Some also opined that “women having family ties like a father-daughter or husband-wife relationship with male politicians like Corazon Aquino or Gloria Macapagal Arroyo could only enter politics”. The Philippines, however, is a bright spot in Asia, being one among the top 10 (8th) ranking countries as per the 2018 Global Gender Gap report.

Indonesia had the world’s biggest one-day elections, presidential, parliamentary and regional, all on the same day. It held 114th rank in the IPU list with a seat share of 17.32 per cent in the 2014 Parliament. Indonesia had a minimum gender quota of 30 per cent in candidates lists since 2003 and in 2009, the Indonesian Elections Commission (KPU) introduced the “semi-zipper” system, making it obligatory for every political party to place one female candidate for every three candidates. In 2014, the KPU imposed sanctions on political parties for non-compliance which gave a boost to nominating more women in the electoral fray from 37 per cent in 2014 to about 40 per cent in the 2019 elections. In 2019, 118 women representatives got elected, raising the share to 20.5 per cent — the highest so far — yet remains far short of reaching the target of 30 per cent.

Ben Hillman, a researcher at the Australian National University, while commenting on the reason for the lesser number of women in Parliament despite quotas, said that “parties often treat these quotas as a box-ticking exercise”. Moreover, the existing “open list system” did not help women much as “men still continue to dominate the top slots on the ballots”. In 2019, only 19 per cent of women were found in the first position on the ballots. Prihatini, a noted academic, opined that “rather than having a 30 per cent quota for female candidates, 30 per cent women should be put in the top position on the candidates’ list — which might be a game-changer”.

India, the largest democracy, hogged global media glare, with its massive 900 million voters. It fared poorly in the IPU list at the 149th rank and the 16th Lok Sabha had a mere 11.58 per cent of women’s representation. In 2019, two national parties had given about 12.5 per cent tickets to women, and among the state-based parties, the AITC — 41per cent and the BJD — 33per cent, and the rest, to about 10.3 per cent. The winnability of women contestants had shown a marginal increase from 11.23 per cent in 2014 to 14.6 per cent in 2019 with 78 women MPs in the 17th Lok Sabha.

India does have a compulsory quota of 33 per cent for women at the grassroots bodies, which is bringing to power about ten lakh women in every five years. But the Women’s Reservation Bill for 33 per cent seats in the Parliament and state Assemblies is still facing an uncertain fate. Annie Raja, the general secretary of the National Federation of Indian Women (NFIW) commented that the “Bill is hanging in fire… due to the hypocrisy of all political parties, especially the ruling party which, in spite of its having a majority on their own, did not utter a single word since they came to power”. Dr Shwetta Shetty, the founder of India’s first all women’s party, felt that “women face obstacles in every sphere in politics… and the Women’s Reservation Bill is the only answer to overcome them”.

Well, have any of the elections in 2019 in these Asian countries been a game-changer for women? Perhaps not — the road to women’s political empowerment is still an uphill journey.