Gandhi garnered huge attention during discussion on no-confidence motion on July 20 after he walked up to PM and hugged him. 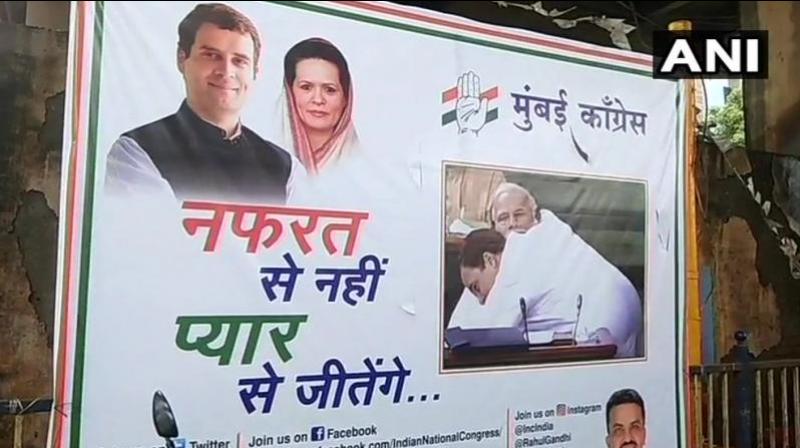 The posters, put by the Congress workers, have a tagline that reads:  "Nafrat se nahi, Pyar se jeetenge (we will win with love, not hatred)."

Gandhi garnered huge attention during the discussion on no-confidence motion on July 20 after he walked up to the Prime Minister and hugged him after concluding his fiery speech.

Though Gandhi's gesture was hailed by his party leaders as "Jaadu ki Jhappi (magical hug)", the BJP ridiculed him saying he has started "chipko movement" in the Lok Sabha.