28-year-old Akbar Khan was beaten to death by a mob in Alwar’s Ramgarh on suspicion of cow smuggling. 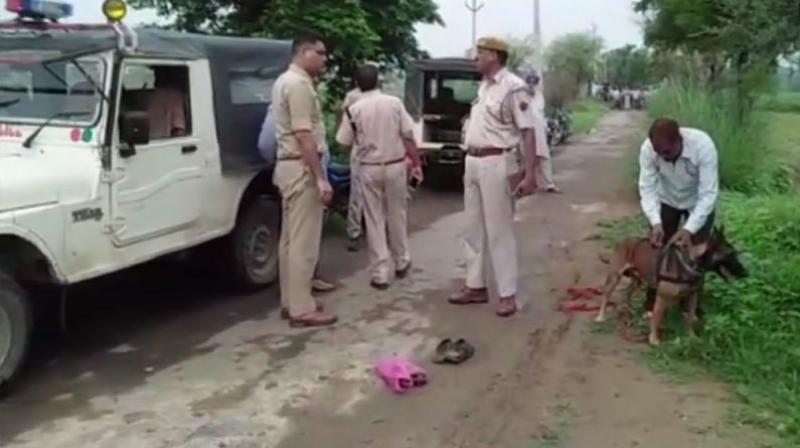 3 people have been arrested in connection with the lynching of Muslim man in Alwar. (Photo: File/ANI)

Alwar: Rajasthan police on Sunday made a third arrest in the brutal lynching of Muslim man, Akbar Khan, in Alwar on suspicion of cow smuggling, several reports claimed. Earlier on Saturday, two people were arrested in connection with the case.

28-year-old Akbar Khan was beaten to death by a mob in Alwar’s Ramgarh on the intervening night of Friday and Saturday on suspicion of cow smuggling.

However, Gyandev Ahuja, a state MLA, reportedly said that the man accused of cattle smuggling died not because of beating by crowds but in police custody, to which Rajasthan home minister Gulab Chand Kataria has said the guilty will be punished.

Akbar Khan, a resident of Kolgaon in Haryana, and his friend were allegedly attacked when they were taking two cows to their village through a forest area near Lalawandi village in Alwar last night.

A profusely bleeding Akbar was taken to hospital but doctors declared him brought dead. Meanwhile, his friend managed to escape from the location.

“We both were going with our two cows. On seeing a speeding bike the cows ran into the fields where 6-7 people were present who fired at us. I ran away from the spot to save my life and later found that my friend was killed,” Aslam told news agency ANI.

Suleiman, father of the man who was beaten to death by mob sought justice. “We want justice. The culprits should be arrested soon,” he said.

The incident comes over a year after a dairy farmer in his 50s, Pehlu Khan, was thrashed to death by a group of alleged cow vigilantes in Alwar.