Scientists, pleading for the maximum use of modern technology in mining, have stressed on post-mining land use development. 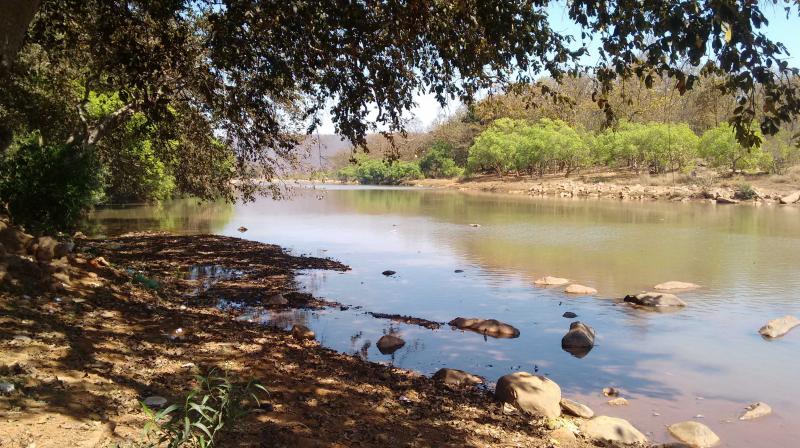 Once known for its blue water, Baitarani river, originating from Keonjhar district in Odisha, has now become polluted due to mineral wastes.

Bhubaneswar: Unscientific mining of iron ore, bauxite and chromite in Odisha’s mineral-rich districts such as Keonjhar, Sundargarh, Jajpur, Rayagada, Koraput and Angul districts have resulted in massive deforestation and air and water pollution.

Water sources, originating from forests, are increasingly getting polluted. Valuable topsoils and ore fines are being lost in the waste overburden. According to scientists, there is no proper mine closure practice in Odisha, due to which the mining projects are fast turning to be hazardous sites for locals.

Worse still, unplanned mining is limiting the opportunity for rehabilitation of people. Scientists, pleading for the maximum use of modern technology in mining, have stressed on post-mining land use development.

“Due to unscientific mining and mineral processing, a lot of water is consumed. Most water resources in the mining areas and the downstream get polluted with mineral wastes, including mineral beneficiation tailings and slimes. The dusty atmosphere and polluted water cause a lot of unhygienic conditions for the workers and the people living in the region,” says country’s noted scientist and former director general for Council of Scientific and Industrial Research (CSIR), Prafulla Kumar Jena.

“Further, mine closure programme is seldom planned or implemented, leaving the mine area devastated and unproductive once mining is complete,” he contends.

According to P.K. Dhal, an eminent researcher on water resources, rivers like Baitarani, Brahmani, Kharasrota, Tel and Koel flowing the Odisha’s mining belts have been contaminated beyond the tolerable limit, and they need urgent interventions from governments.

“Besides, presence of huge volume of dust particles in the air, and soil pollution by the mining waste have rendered the mining belts inhospitable and uninhabitable. Locals are suffering from asthma, heart disease, strokes, chronic obstructive pulmonary disease (COPD) and lung cancer. Children are suffering from acute lower respiratory infections,” says Mr Dhal, adding, hundreds of precious lives have been lost due to such diseases in the past two decades.

In mid 1980s, Institute of Minerals and Metals Tech-nology (IMMT) at the Cou-ncil of Scientific and Industrial Research (CSIR) implemented a project named Mines, Min-erals and Habitat (MAHA) in a chromite mine at Sukinda, Odisha — belon-ging to Odisha Mining Corporation (OMC) — for environment friendly-scientific mining with integrated mine area development.

After its successful dem-onstration, the Maha programme was taken up at a limestone mine at Lambi-dhar, Mussorie, Uttarak-hand, with similar success. The programme was appreciated by experts, and also then Prime Minister Rajiv Gandhi.

Dr Jena said through proper planning and implementing modern practices, it will be possible to conserve and utilise the minerals and other resources to the fullest while increasing the productivity.

“The low and off-grade minerals extracted during mining can be beneficiated and utilised. The mineral fines generated during mining and recovered after beneficiation can be agglomerated into pellets and briquettes at the site and transported for further use in producing value-added products,” he suggests.

By preserving the existing water resources and harvesting the rainwater, both in the mine pits and recharging the aquifer, the mining authorities can have sufficient water for their own use and for utilising afforestation, de-dusting of the roads and providing locals agricultural and domestic purposes after suitable treatment, he said.

“Through plantation on the backfilled and barren areas, with fast-growing and commercial trees and protecting the water bodies, the mining environment can be kept clean and green. Besides, to enhance the efficiency of mining and, at the same time, to keep environment clean, efforts should be made to harness and use solar and wind energy in place of costly and greenhouse gas producing fossil fuel-based energy,” Dr Jena said.