India   All India  22 Jul 2017  Can consume meat of any animal, but not cow's: Union Minister Ramdas Athawale
India, All India

Can consume meat of any animal, but not cow's: Union Minister Ramdas Athawale

During the last few months, consumption of beef has triggered heated arguments and also sparked incidents of violence in the country. 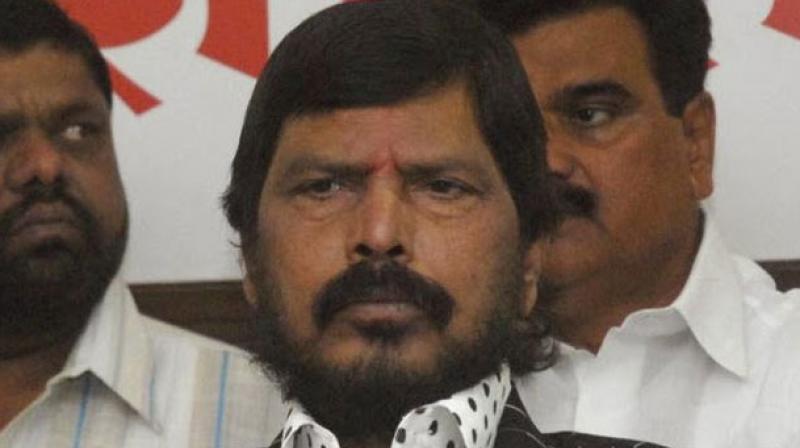 Rajkot (Gujarat): Union Minister Ramdas Athawale on Saturday said that one should not eat cow meat, but can consume meat of other animals.

"One should not eat cow meat as there is a law against cow slaughter and the Hindu community has a sentiment attached with cows. But there is no problem in eating the meat of other animals," Athawale said.

He further said that thrashing and killing people in name of cow protection has become a fashion nowadays.

"Some people are trying to break the unity and integrity of the nation. No one has right to take law in his or her hands. Prime Minister Narendra Modi has also said that if anyone indulges in any violence in name of cow protection, then a strict action will be taken against them," he added.

Contrary to this, earlier, Athawale had said that everybody has the right to eat beef.

During the last few months, consumption of beef has triggered heated arguments and also sparked incidents of violence in various parts of the country.

Prime Minister Modi also condemned cow vigilantism saying that killing people in name of 'Gau Rakshak' is not acceptable and that all the states should support the Centre in fighting against violence in its name.